In our previous articles about Docker and Apache JMeter™, we described an example where Docker services are applied to the testing infrastructure (the JMeter application and the testing network, etc.). We described how to customize JMeter test execution by using containers for single and distributed testing scenarios.

In this article, we will change the point of view and place the focus on a situation where the container carries the application that is under test. We will discuss some practical Docker commands and related tricks to obtain test results.

For the application under test role, we have chosen a special guest already introduced in our articles. IBM MQ is a message-oriented middleware (MOM) infrastructure and a possible testing strategy is discussed here.

A Description of Our Working Scenario

The working scenario in this paper is composed by two main Docker images: 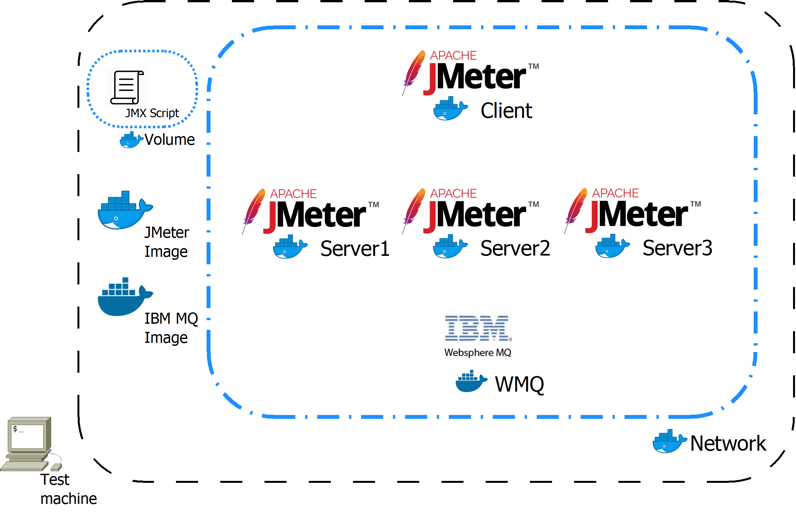 The JMeter container described in previous articles is still valid and the required functionalities are all accessible via the standard arguments when the docker run command is executed.

At the end of previous paper there were two available versions of JMeter 4.0 containers (see on github). The difference between the two versions is related to the distributed running mode:

For the scope of this paper and to avoid over complication during setup, we will adopt the first version without SSL.

The complete Docker container code with Dockerfile and all the necessary files is available here.

As already discussed, for the scope of this paper, JMeter can be used in various operation modes:

In this paper we are using the distributed mode with Docker containers.

The example proposed in this paper is based on a JMeter script that requires a set of JMeter plugins. Here is how to act on a JMeter classpath and provide the required plugins jars to a JMeter application, instead of following the regular process via the GUI.

The “shared” folder created with the script above will be used in the JMeter container docker run command:

By using this procedure in combination with Docker we have achieved:

Now, it’s time to complete the container setup. For our example we require another jar dependency related to the Java driver for IBM MQ. We will now describe how to fetch that.

IBM MQ is the application under test and it’s released into our working environment via a Docker container. The image for this container is called ibmcom/mq. It is available on Docker Hub, and the source code is on github.

We won’t use this image directly but rather we will handle a derived image, which we will customize. The Docker image used in this example is called “vmarrazzo/wmq”, and you can find it here. This new image will be customized with the following points: 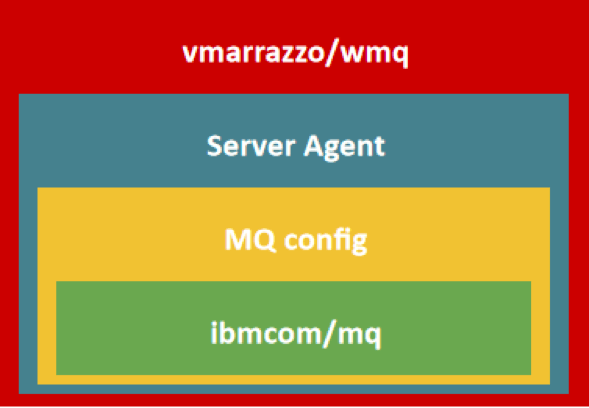 The next sections describe how to apply customization to this docker image. You can find the complete code on github.

The base image “ibmcom/mq” is configured to have a single queue manager that handles a unique kind of connection. With the environment variable passed with the docker run command, it’s possible to define if the queue manager handles secure or unsecured communication protocols with clients.

The IBM MQ application installed into “vmarrazzo/wmq” is configured to work with two queue managers at the same time:

To obtain the IBM MQ configuration in the “vmarrazzo/wmq” image it’s necessary to proceed with:

MQSC scripting is a powerful tool that covers a large number of IBM® MQ platforms. For the scope of this document it’s important to know that:

It’s out of the scope of this article to explain how to develop the IBM MQ configuration, but a few code snippets are added below to help you.

This script shows how the queue is configured into the current queue manager (defined by context).

This script shows how to assign the listening port to 1414 to the current queue manager and to start this socket.

For further details on MQSC scripting see this link.

Setting Up a Secure Connection with TLS

By default, the connection to the queue manager does not adopt a secure channel over the network. For the “QM_WITH_TLS” queue manager we modify the configuration by adding the TLS protocol to accept an incoming connection only when it uses a cryptographic algorithm with (of course) the right encryption key.

So to proceed furthermore with the TLS protocol we need a trust key. How can you find one? With the keytool utility distributed with Java Runtime or Developer Kit.

The keytool utility is a general purpose application that is useful for managing public/private key pairs. In our example this utility performs three tasks:

The script shown above is available here. The script:

The PKCS #12 file is used by the IBM MQ application to setup a TLS communication channel.

The Java keystore file is used by JMeter during test execution to establish a secure connection by using the IBM MQ driver.

The "vmarrazzo/wmq" image not only improves the related IBM MQ configuration, but also provides an example of a test facility to improve test execution.

The installed test facility is the PerfMon Server Agent. This agent is based on the client-server model and provides information about machine statistics (e.g. CPU, memory and network usages) that can be read by JMeter during test execution with the PerfMon plugin. The complete setup for this plugin into our test scenario requires:

The JMeter script presented in this paper requires the Java driver for the IBM MQ application to work correctly. How can we find it? Fetch it directly from running container based on “vmarrazzo/wmq” image.

The command above has a structure similar to the Unix command scp and contains the following:

Using the command above, with the container id, the “shared” folder is completed and ready to be added into the JMeter classpath.

The test script used in this paper has a structure similar to the script described in the previous article on IBM MQ testing. In this article the script introduce some differences related to:

The complete test script described in this section is available here. The main thing to notice is how to resolve the address of "under_test_machine". When testing a NOT docked application, you can use an ip address. But when testing a docked application, you can use the container IP or the container name (the Docker network resolves the IP for you).

As already seen in the previous article on IBM MQ testing, these steps are taken in the “JSR223 Sampler”. This sampler is based on Groovy code and sets up a connection to the app under test, to be used in the successive part of the script. This scripted part performs:

You can read a detailed Groovy implementation of this solution directly on github in the jmx script file. This part describes how the “JSR223 Sampler” handles the producer/consumer.

During the execution of the “Producer Sampler”:

The PerfMon listener is placed at the end of the script. It is configured to acquire statistics from ${under_test_host}.

This is a JMeter variable filled at runtime with the IBM MQ container name, so the Docker network reserves the correct IP address for the container.

As usual, here is the entire test scenario with a Linux shell script and steps description.

At #4 there is an intermediate step required when the PerfMon plugin is used:

To simplify this operation, “wait”s were included in the complete bash script to execute the required command.

At the end of the test scenario execution, we have three kinds of report files:

To save unnecessary resources during test execution it's suggested to:

After test completion, you can find jtl report files in the “client” folder (as specified into bash script. These files can be formatted in a picture using the listener in the JMeter GUI as necessary.

The picture above presents an example of the “Transactions per Second” listener report.

The picture above describes an example of the “PerfMon Metrics Collector” listener report. This image contains all the tracked statistics, so to simplify analysis it is suggested to un-check some of them into the “Rows” tab and analyze them separately.

In the picture above you can see the number of connections received by the tested container:

In this picture it is possible to see the received bytes during the entire test execution. In particular it’s shown that after a transitory period the byte rate become constant.

In the last presented picture you can see the “CPU idle time”. This graph can be used to investigate if the presence of spikes is related to specific test phases and why (e.g. producer/consumer pools creation).

When running a performance test on a containerized app on BlazeMeter, ensure your port is open to the world (in the firewall). Then, upload your JMX file and run your test.

You will be able to scale your tests to many users and multiple geo-locations, share reports and tests, enjoy advanced and insightful reports over time and integrate with CI and APM. 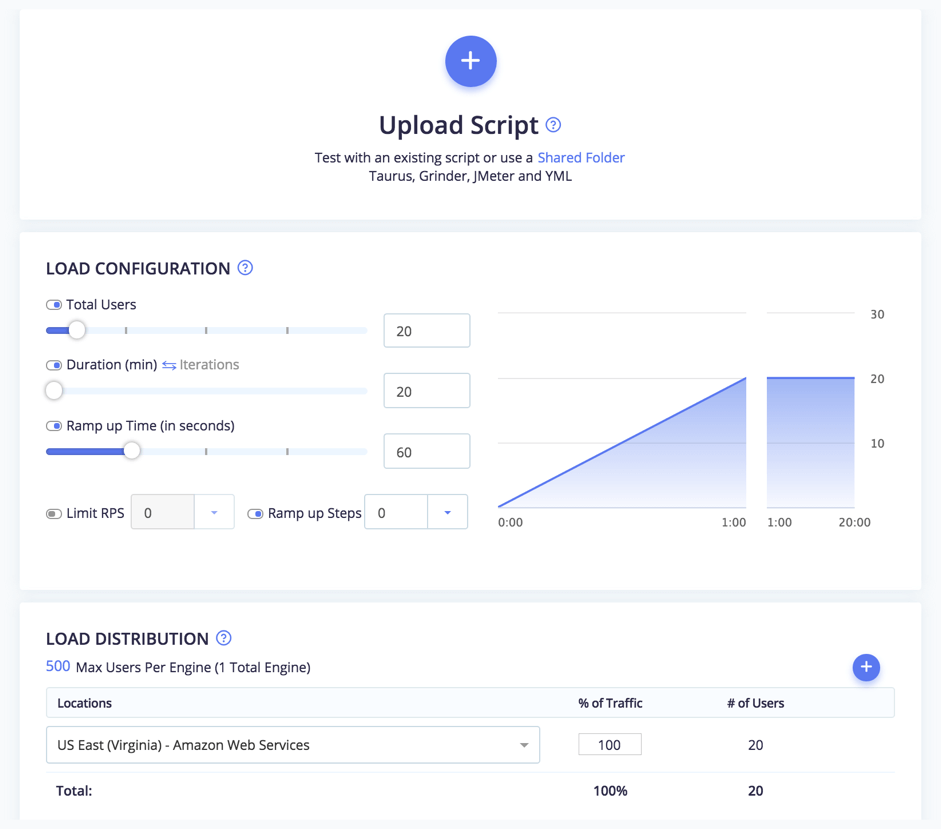 In this paper we have continued to explore the facilities offered by Docker. We have focused on the application under test available as a container and how we can customize some of its configuration for testing purposes. Moreover, we have also added a modified container under test to improve testing reporting by adding a statistics collector.

In this example JMeter is also running on a container, but there is no limit to use an application without any container to perform the test. The only joint point to take into consideration is the network setup, which must provide the correct access (e.g. port forwarding over container or over virtual machine).

Try out BlazeMeter by putting your URL in the box below, and your test will start in minutes. 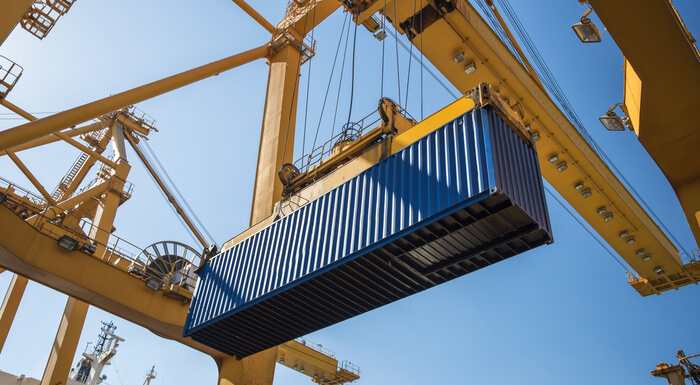 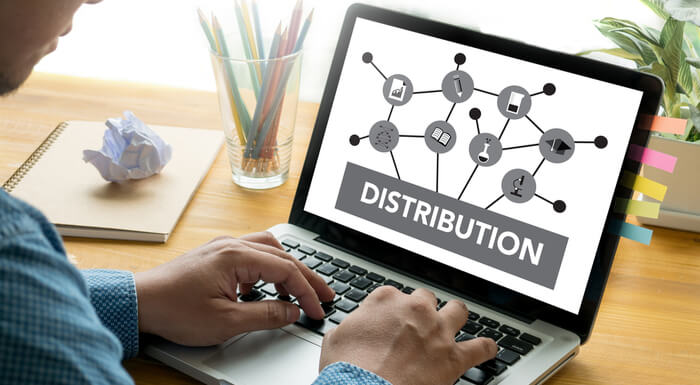