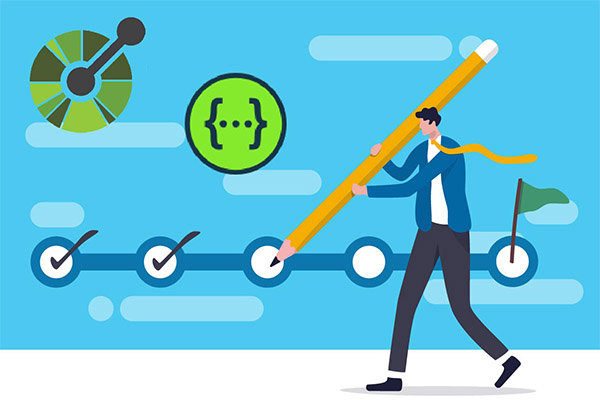 OpenAPI vs. Swagger: 5 Reasons You Should Use Both

OpenAPI vs. Swagger — which should you use? Find out in this blog!

What's the Difference Between OpenAPI and Swagger?

OpenAPI and Swagger used to refer to the same thing. While there are differences today (OpenAPI refers to RESTful API design and Swagger refers to a set of SmartBear tools), this blog will use the terms interchangeably.

If you develop software today, chances are you are developing web APIs as well. But while you might not be a company like Twilio that is running a huge public API program, there is still a high chance you are building APIs for some selected partners or even just for internal use. For example, to connect your native mobile applications to your backend.

For today's organizations, the software development lifecycle and running server operations require using APIs. If you are still not using a definition language for machine-readable API specifications, such as OpenAPI (formerly known as Swagger), you should definitely consider doing so.

After all, APIs are languages for machines to talk to each other. So it makes sense that their process and documentation is written in a way that machines can understand and participate in as well.

There have been many efforts to allow machine-readable API descriptions, some based on language-specific code annotations and some as standalone specifications. However, none have the versatility and wide support from many different vendors without lock-in or preference for specific tools that OpenAPI enjoys. The specification is maintained by the OpenAPI Initiative and is available for reading on GitHub.

📕 Related Resource: Learn more about How to Get Started with Swagger API Testing

Why Use OpenAPI or Swagger?

Here are 5 reasons why you should consider using the OpenAPI specification or Swagger.

An API is a contract that all parties, servers and clients, need to follow in an exact manner. Changing such a contract is always difficult. This makes the design stage of an API very important and multiple stakeholders should be involved in it. As a result, the ability to collaborate on API development smoothly is of utmost importance, to ensure consistency and efficiency.

OpenAPI definitions, like other spec formats, are formalized plain-text documents that can reside in a repository, e.g. on GitHub, just like code. Therefore, they can be collaborated on, by using means such as issue trackers, forks and pull requests. Developers who are already comfortable using these tools to collaborate on code will feel right at home using the same tools for the OpenAPI specification as well

As a result, everybody can enjoy the structured approach that versioning systems like Git enforce, and documented history of the design phase. Definitions can even reside in the same repository as their implementation. This ensures documentation and implementation are linked, and automated continuous integration (CI) processes can keep everything in sync.

In addition, if you do not like working with the raw definition file you can also always use visual API builders like Apicurio which import and export OpenAPI files.

2. Save Time and Avoid Errors When Writing Code

Writing code always takes time, there is quite a good chance that bugs creep in and some parts of it may admittedly be boring boilerplate code. This not only causes errors, it also makes work meticulous for developers. This can be avoided with OpenAPI. Standard or customized toolchains, for example built around swagger-codegen, can convert OpenAPI definitions into code, saving time and effort.

Examples of auto-generated code include stubs for the implementation of the server-side logic, or a complete mock server that allows the client-side developers to start working with the API even before it is done. Services like APIMatic can even use use OpenAPI definitions to create complete SDKs for developers in programming languages that nobody on your team is fluent in.

In addition, if you have clients who prefer to roll their own integration code instead of using a third party SDK, they can leverage your OpenAPI file to generate some of that code while still retaining complete control over it. These provide additional development options for teams, enabling them to expand their capabilities.

An OpenAPI definition is machine-readable and, if you follow an API design workflow, it becomes the single source of truth of your API. This means that every part of your system can be tested against the specification. API definitions can be imported into clients like Postman for manual testing.

In larger API deployments, an API gateway running in front of an API implementation could inspect incoming and outgoing traffic to determine whether it conforms with the specification. Of course you can use OpenAPI definitions not only for your own APIs but also to assess third party APIs that you consume. This ensures your APIs are always up to standard, reducing the risks of product malfunction.

Even with all types of automation, good documentation for humans is still an important part of every API, because in the end it’s human developers who have to write and understand the business logic that calls the API.

On top of that, documentation also serves the purpose of attracting developers. Developers like to play with interactive documentation that allows users to immediately test the API operations they read about.

SwaggerUI was the first tool to offer API documentation with integrated test client, so developers could see a list of available API operations and quickly send a request in their browser to test how the API responds before writing any code of their own. SwaggerUI was even a driving force behind the advent of Swagger, OpenAPI’s predecessor, itself, which had the intent of generating documentation.

Basing documentation on a definition ensures that the documentation covers the entirety of an API and correctly lists all methods, parameters and responses. Documentation generators also come with great templates that are easily understandable and look nice and professional.

5. Publish and Market Your API

For public APIs, all of the benefits mentioned above make your API better and that alone is a big part of attracting developers to integrate it and build applications with it. But OpenAPI offers another advantage: publishing your OpenAPI definition along with your API also allows client developers to use their preferred tools in combination with your API. Developers who work with a large number of APIs will be happy to use one toolchain for all integrations instead of multiple proprietary vendor SDKs.

In addition, the metadata available in machine-readable specifications can help with submission to API directories for improved discovery.

Finally, importing an OpenAPI definition into IPaaS providers such as Microsoft Flow opens up your API to non-developers. This broadens the potential audience.

OpenAPI definitions can play a part in every step of the API development lifecycle. Consider using them from the ground up when designing new APIs to get the most benefits, but even adding an OpenAPI definition later on can still be helpful for quality control and for attracting developers to your API.

This blog was originally published on October 9, 2017, and has since been updated for accuracy and relevance.