We focus a lot of our posts here at the BlazeMeter blog on Apache JMeter, the leading open source load testing tool for load and performance testing, and even backend functional testing (more on that below). In this post, I will provide five different ways that one could get value from JMeter, and hope to show its diverse capabilities.

JMeter is an open-source project created by Apache that serves as a load testing tool for analyzing and measuring the performance of a variety of services, with a focus on web applications. But for people who are new to JMeter, and even veteran users looking to revisit it from a big picture perspective, it's beneficial to look a the big picture - the value that it brings.

1. The Bread and Butter: Using JMeter for Load and Performance Testing - A lot of resources can be found on load testing with JMeter. You can read a lot on the our blog, and you might want to get a nice intro to load testing with JMeter here. I found a nice post from Mitchell Anicas of DigitalOcean that gives a nice guide to use JMeter to perform load testing on a web server. We also ran two recent webinars that mght be helpful for learning about performance testing with JMeter - for beginners (both to JMeter and to performance testing in general). check out Load Testing Bootcamp with JMeter, and for more experienced JMeter users, you might be interested in viewing a recent webinar, How to Create Advanced Load Testing Scenarios with JMeter. 2. Using JMeter Along With Your Favorite Continuous Integration and Continuous Delivery Tools - Why is this important? If you’re running CI processes without running load tests, you’re only looking at one part of the equation - and you’re going to get an incomplete answer. If your app is going to be deployed to QA or production, it’s important to integrate load testing into your processes. Or, at the very least, take your tests one step beyond the functional testing on a daily basis so you can continually get a good indication of your apps’ performance. JMeter can be used to perform tests within continuous integration environments, with leading tools like Jenkins, Bamboo, TeamCity and more. For example. Dmitri Tikhaniski wrote a detailed post about how to run JMeter with Jenkins. Just a extra note here: If you’re a BlazeMeter user, you can use BlazeMeter's Jenkins Plugin to kick off a test in the BlazeMeter cloud directly from Jenkins.

3. Combining JMeter with Leading Application Performance Monitoring Platforms - Developers and Quality Assurance professionals want to use both JMeter to test the performance of their website or application under heavy load, but also easily monitor their application performance levels while load testing it. Thankfully, they can easily use JMeter with their favorite APM tools, including with New Relic, Dynatrace, or AppDynamics (all of these can easily be done by using BlazeMeter's integration with these tools, for example, read about AppDynamics' Integration with BlazeMeter, which is 100% JMeter compatible.). Developers can evaluate the end-user experience and the application system KPIs using a single dashboard.

4 . Using JMeter for Backend-Based Functional Testing - Yes that's right. JMeter can used beyond load and peformance testing, but also for functional testing (on the server side) as well. For example, as Ohad Gincel explains, with JMeter you can test part of your user registration functionality by testing your system’s APIs and verifying that users are successfully created within your database. Instead of opening a browser and manually entering random data in the provided fields, you can use JMeter to generate an API call with different user names and passwords. You can also perform Java unit testing with JUnit as well.

5. What About Using JMeter to Test Specific Functions, Such as Upload and Downloads, Testing Streaming Media, or Checking Your Email Server? - Most important to any load testing strategy is being able to test key functions in your website and application. Thankfully, you can use JMeter to run tests on a wide array of functions and flows. As you can see, JMeter can be used in many different ways, one of the reasons why it is so widely used.

Questions? Comments? Please leave them below. 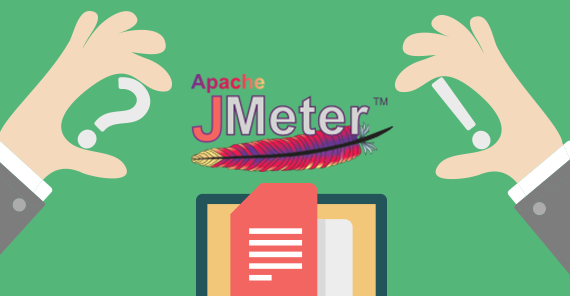