How to Use the SetUp Thread Group in JMeter

The JMeter Thread Group is an essential feature. But do you know how to use it? Find out in this blog, with an extra focus on the setUP thread group in JMeter.

What Is the JMeter Thread Group?

How to Setup the JMeter Thread Group

The setUp Thread group is used when you need to run initial actions to prepare the testing environment, prior to starting your main test. These actions should be configured within the SetUp Thread Group and not within the regular Thread Group that you will use for running your performance test.

When to Prepare the Test Environment

Preparing the target environment for a load test is required in many testing situations. For example, when you need to:

Now, let’s see it in action.

Let’s define the following scenario: We want to test 10 users that will login to our website and purchase some clothes. We will need to create the users before executing the test. This can be done using the setUp Thread Group in the following way:

I’ve created a database collection called “app-sign-ups” (I used a free trial of restdb.io). It is configured with 3 fields: “first-name”, last-name” and “email”. Currently, the collection has no entries.

First, create a test-plan that contains the setUp Thread Group.

The setUp Thread Group consists of a CSV Data Set Config with a reference to the CSV file containing the list of users to register (first name, last name and email address)

In our example, we send the registration request with 3 variables: “firstName”, “lastName” and “emailAddress”. JMeter will parse the CSV file and populate those variables with the values in correspondence to the data of the CSV file.

Here is a screenshot of our CSV file that contains the details of 10 users:

Now let’s configure the registration request with a POST method that will initiate an API call to add a new record to our collection (registering a user). We will use the following API call:

And the Data that will send in the Body of the request:

I’ve also added an HTTP Header Manager which specifies the content-type as “application/json” and the API key with the value of our database API key.

Next, add the regular Thread Group which contains the actual test logic and samplers:

In the following screenshot, we can see the results of our run; The requests sent to our database were successful and we received a 200 response code. Notice that the setUp Thread Group will be executed first, no matter the order that it appears in the GUI.

The JSON response indicates that the request was successful: 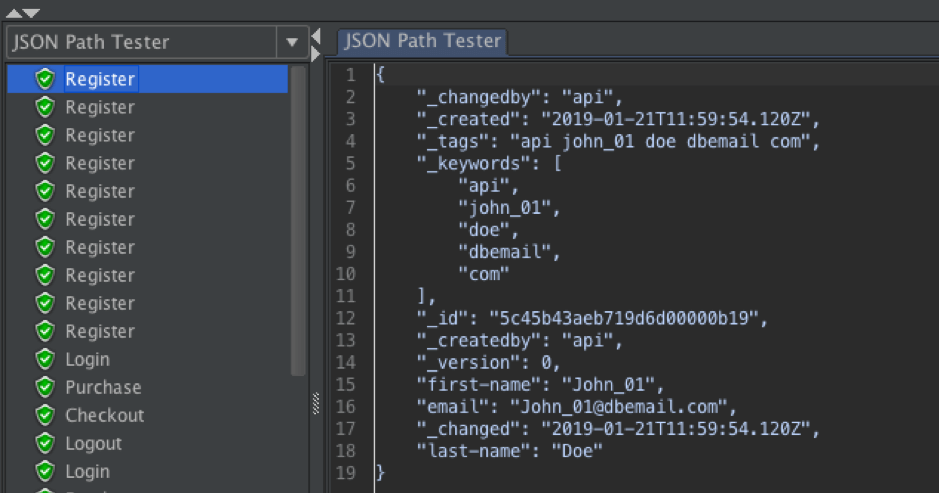 Let’s go back to the database and verify that it has been modified as expected with the creation of 10 new users.
We can see that the entries are now populated by the values within our CSV file.

That’s it! Now that our testing environment is ready, we can move forward and check the behavior of our load test.

When integrating our test scenario with BlazeMeter, you can increase the number of engines running the test.

Under the Load Distribution configuration, you have the ability to choose how many engines to allocate to run your test and how the concurrency is spread over these engines.

The simple default configuration is to set BlazeMeter to run with 1 engine.

But what will happen if we want to configure more than 1 engine?

Each engine will take part in generating the actual load and simulate the number of threads/virtual users specified in the script you provide.

As you can see from the screenshot below, each engine will perform the script, so we end up with setting the environment multiple times.

To overcome this problem of each engine running the setUp Thread Group logic, we can make use of the following variable:

We need to configure BlazeMeter to run the logic under the setUp Thread Group only once.

To achieve this, we will modify our JMX script as follows:

Add an “If Controller” before as a parent to the registration sampler. Set the condition to the following:
${__groovy(${__env(TAURUS_SESSIONS_INDEX)} == 1)}

Here is the configuration in JMeter:

When running a performance script with a large number of threads, it is generally recommended to use “Interpret Condition as Variable Expression” with “groovy” over the default JavaScript interpretation as the former consumes more resources.

What will happen is that engine #1 will set up the environment while engine#2 will skip the “if” statement inside the setUp Thread Group and continue straight to the regular Thread Group. Below are the results of the test run that are shown as part of the Request Statistics report:

One thing to note is that engine#2 will start executing the regular Thread Group before engine#1 has finished the set-up process.

You should configure all the engines to wait until the set-up process is complete.
One way is to add a timer inside the setUp Thread Group with the amount of time we know it should take to set-up the environment. We have decided to add a Constant Timer (see screenshot above).

In this blog post, I’ve covered how we can utilize the setUp Thread Group and run it with multiple engines through BlazeMeter. 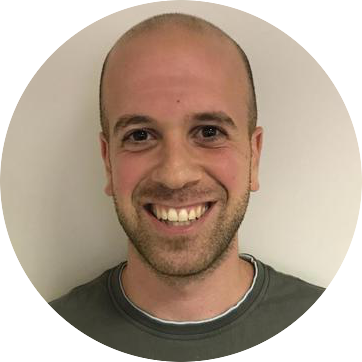 Guy Nagar is a technical support engineer at BlazeMeter. Guy has 3 years of experience as a developer and support engineer. He has knowledge of several Performance Testing tools like JMeter, Taurus, APM and other related tools.