Not too long ago, in a galaxy that has a delicious candy bar as its namesake, we came face to face with JMeter 2.7.

Since it's a tad surprising to come across a new release so soon after JMeter 2.6 entered the realm, we decided that an exploration of V2.7 was needed.

So onto the testing mothership (BlazeMeter's load testing cloud) to discover the newest features. 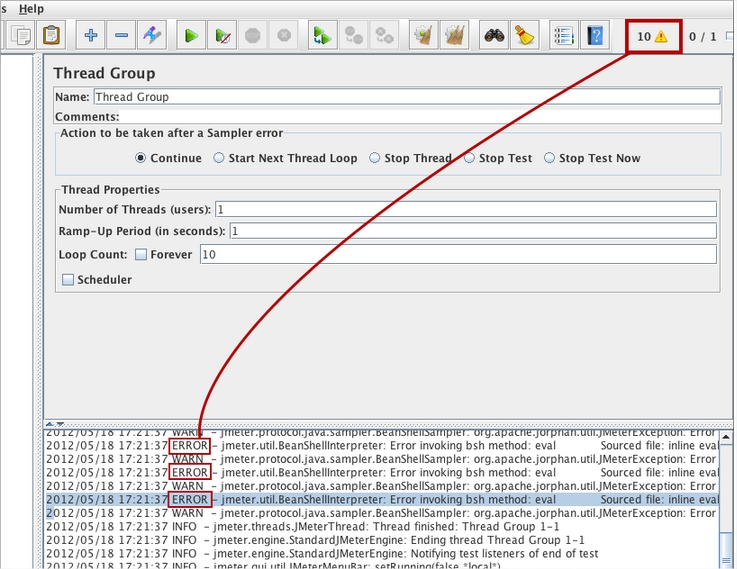 A new GUI icon was added to the top of the user interface to indicate the total amount of errors which occur during the test execution. The indicator shows the number of ERROR/FATAL messages in logs and it can be clicked to toggle the Log Viewer panel.

Test elements have also been updated. The first element that should be described is the HTTP Request Sampler. If you recall in JMeter 2.6 and prior versions, there was an empty space to the left side of the “Add” button.

And at the same time, in 2.6, the user had no way of reading the value of the parameter as we would if the table cell had the option to increase the width. That’s why the 2.7 developers probably added the 'Detail' button - to allow users to see the name of the parameter and its values in a separate window. We like. 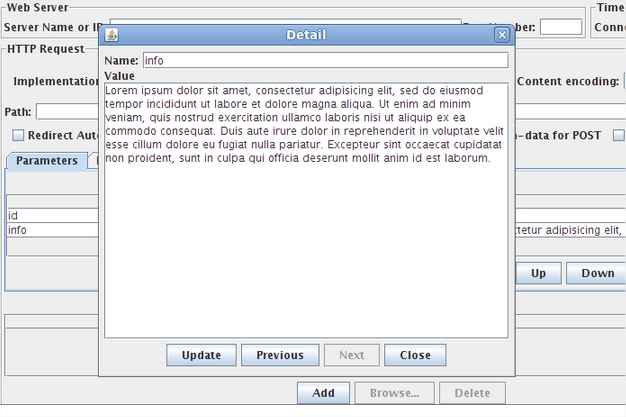 As you see, in 2.6, we could only select a single parameter for display on the graph. Not terribly convenient for comparing different columns like, “average” Vs. “median”.

In JMeter 2.7, we can set up more than one column.

As a result, we receive a richer, more descriptive graph = A lot more information.

Journey a success. The load testing cloud has landed.