Testing the MQTT Messaging Broker for IoT - A Guide

An Introduction to MQTT

The Internet of Things (IoT) is the concept of “things” interacting with the environment or with each other, over the internet. This concept is now quickly advancing together with the development and expansion of all types of wireless networks, cloud computing and machine to machine communications.

IoT embraces not only home systems, appliances and consumer products, but industrial objects as well. For example, home automation has become very popular nowadays. The home is equipped with numerous sensors, which collect climate related information, people and pets motion data from both inside and outside the house and data from home appliances and various equipment.

The collected data is then sent to other devices, which use it for operating. For instance, motion data is sent to devices that are responsible for switching on the light, or information about the temperature inside the house is sent to the air-conditioning system or to the heater. In industry plants, critical data is monitored to avert emergencies. In medicine, this technology is used in hospitals to monitor patients’ conditions.

These devices interact with each other over interfaces and protocols, and they are managed by different services. The more such advanced devices appear, the more traffic they generate, and more resources are required to process their messages. Due to this complexity, performance testing of the services that facilitate and control the communication between numerous intellectual devices has become a very important task.

One of the protocols that is widely used in IoT is MQTT - Message Queue Telemetry Transport. MQTT is a compact, open protocol for data exchange.

The primary features of the MQTT protocol are:

MQTT is an  application level protocol. It works over the TCP/IP, using 1883 port by default. If SSL is used, the TCP port is 8883. MQTT uses the publisher - subscriber pattern for communication of clients with each other . As a rule, this messaging pattern is used in the IoT concept.

Following this pattern, clients don’t communicate with each other over this protocol due to security reasons. For example, without the server, publishers would need to know info about addresses of subscribers. If someone gets this info, they will be able to perform a DDOS attack to subscriber. Thus, the server is a filter, that distributes messages between subscribers, depending on their subscription. Without the server, the subscriber would have to receive all messages sent to it, regardless whether they need it or not. As a result, the subscriber could get overloaded and disabled. Of course, the server can also receive a lot of messages, but unlike the clients it is destined to handle large loads. That’s why it’s very important to load test message brokers, as the communication and operability of the entire system depends on the brokers’ operability.

How to Run a MQTT JMeter Load Test

1. The strategy of performance testing the message broker is imitating work publishers and subscribers working under different configurations and quality of service levels. You can use the cloud MQTT service for demo testing purposes.

2. Install the MQTT Apache JMeter™ Plugin, that fully implements communications over MQTT protocol. Download the plugin jar file from this repository and add it to the /lib/e folder of JMeter. Unfortunately, this plugin is not part of the Plugin Manager. 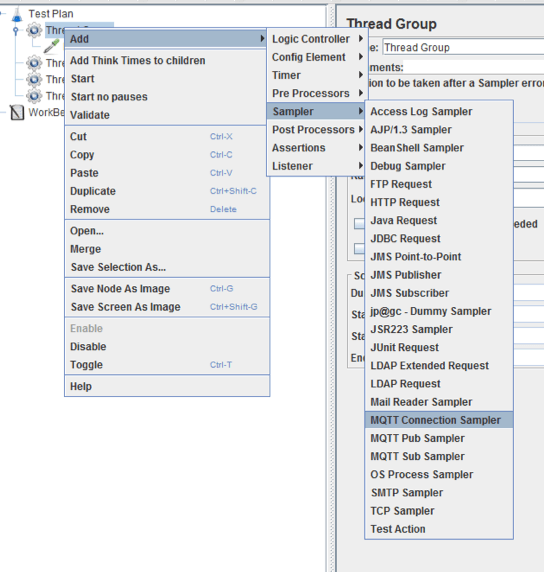 This plugin adds three samplers to JMeter, which provide communication over MQTT:

This sampler is used to imitate idle clients, waiting for a signal or command. These clients don’t conduct any operation.

The settings of this sampler are the following:

This sampler imitates the work of clients that publish a message to the message broker. A few fields of this sampler have the same function as fields by the same name on the connection sampler. The other fields are:

This sampler imitates the work of clients, that subscribe and receive messages from the message broker.

A few fields of this sampler have the same functions as fields by the same name on the connection and pub samplers. Additional fields are:

Now that we have examined all MQTT related samplers, let’s discuss the creation of the JMeter script. This script will imitate the case of collecting medical related metrics in a hospital.

For the sake of simplicity, let’s consider that each hospital patient has three sensors: heart rate, blood pressure, glucose concentration. Each sensor acts as a publisher and sends messages at a certain rate. In addition, there’s a unit that collects information about each patient. The collected information is very important for making decisions. Therefore, the reliable work of the message broker is very important, so it needs load testing.

4. The test plan of the demo script contains 4 thread groups. Each group represents a certain type of client: publishers or subscribers. Three of them are publisher-clients and act as sensors that publish info about condition of patient - Heart Rate Group, Pressure Group, Glucose Group. The last is subscriber-client and act as a unit, that collects information - Listening Group.

In the screenshot above you can see configured Sub sampler . You can find the server name and port number in your Cloud MQTT Account. You can also set the authorization data for your account there.

5. The QoS level is set to 2, as for our case all messages have to be delivered. The checkboxes Payload includes timestamp and Debug response are set and sample on parameter are configured to receive a number of messages and the value is set to 1. Loop count parameter of the thread group settings where the sub sampler is located, is set to Forever, so that after one MQTT packet is received, a new iteration of the thread group starts.

7. In the screenshot above you can see a configured Pub sampler. You can find part of the Sub Sampler configuration data in your Cloud MQTT Account. The topics that the messages will be published under, are specified. The checkbox add timestamp in payload is set. The message type in the demo script is selected as string and the message body contains a counter variable. 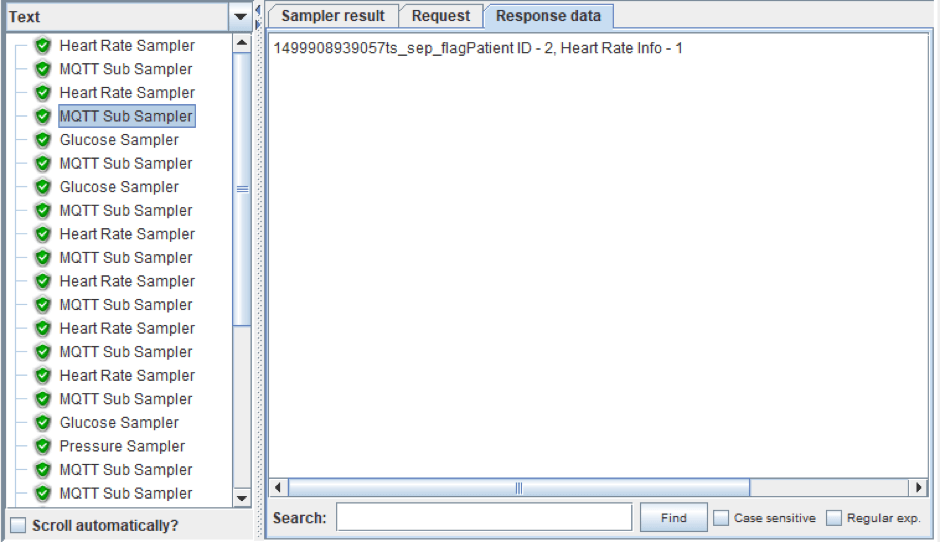 You can see on the left part of the screenshot, that each call to publish the message is followed by the subscriber call to read it. Also, each subsampler message contains the timestamp of publication, that allows the performance engineer to calculate the delay.

To scale up the script, a csv file is added to the test plan after running the test. This file contains MQTT samplers settings that are required to regulate sensors and units count. Each row in the CSV file contains authorization data and a topic title for both module types. The row also contains a clientId for identifying messages.

Don’t forget to set the Number of Threads in the thread groups settings. The number of threads corresponds to the rows count in the csv file. It’s necessary to set the checkbox Track counter independently for each user, in each Counter element.

One can see, that requests are still correctly processed by message broker. The final demo script can be downloaded from this repository.

That’s it! You now know how to load test the MQTT messaging broker, which is an inherent element of IoT.

To try out BlazeMeter, which enhances JMeter capabilities, request a demo or put your URL or JMX file in the box below, and your test will start in minutes. 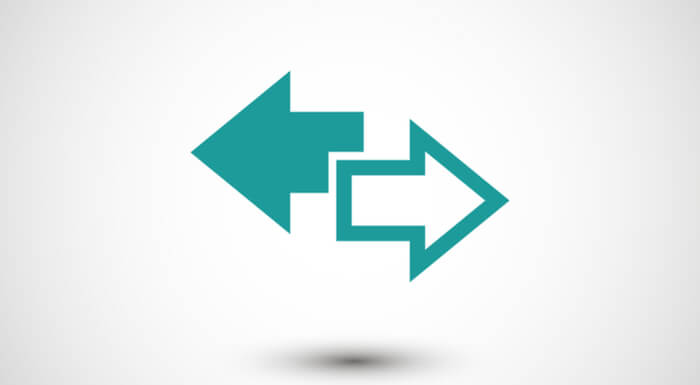 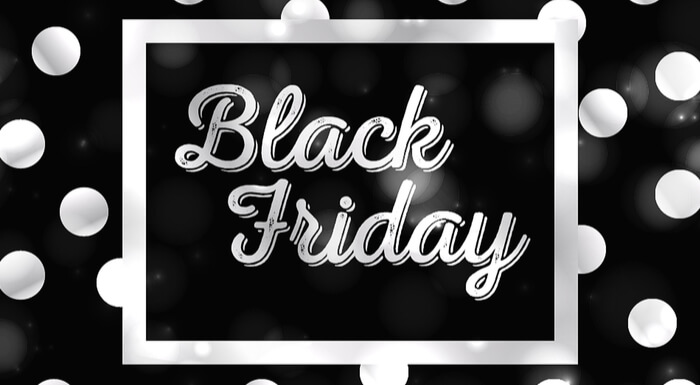