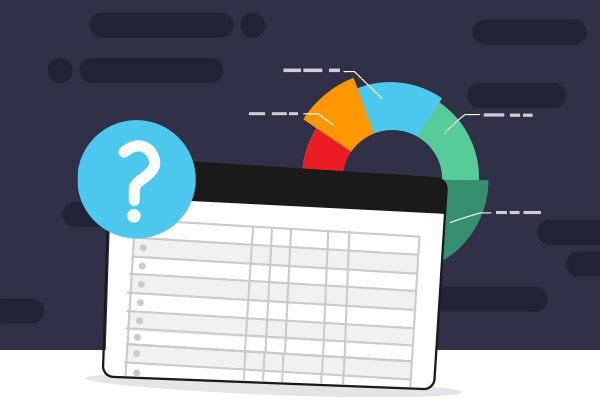 What Is Test Data? How to Prepare For Scenarios With BlazeMeter

Software testing involves functional testing to ensure that the interface works correctly as well as performance testing to ensure that the application responds under load. When you create your tests, it is essential that you take every possible scenario into consideration. High quality test data can help ensure maximum test coverage. In this blog, I’ll explain what test data is, how synthetic test data generation works, and how to leverage test data into your BlazeMeter performance tests.

What is Test Data?

Test data is the data that is used for testing a particular part of an application and can be used for various types of tests.  This data can be obfuscated production data or synthetic data and the type of test will dictate the data requirements.

As an example, when testing a new user registration form, synthetic data would allow testers to simulate multiple varieties  of names, addresses, date of birth, etc and validate that the system responds correctly during the registration process.

However, if a test involves using data that already exists in the application database (i.e. accessing an existing user’s order history to validate that the interface responds correctly), then obfuscated data must first be loaded into the test environment, and made available to the testing tools.

This approach removes any issues with compliance.  Synthetic data generation also lets testers create any amount of test data required on demand as well as create data to cover additional test cases where the data does not currently exist.

To synthetically generate data you’ll need the appropriate data generation tools and a data entity that represents the data requirements. I will cover the topic of data entities later in this blog.

A data entity consists of the test data requirements and the corresponding data generation rules that can be used to create different types of test data. The following table shows a selection of the different types of data generation rules.  These rules can also be combined to create more complex data, such as combining a first name with a last name and an email domain to form an email address.

Once the data entity definition has been defined, it can either be used to generate bulk data on demand and loaded into a CSV file or other formats. These data entities can be leveraged by BlazeMeter functional and performance tests directly to generate test data automatically upon test execution.

JMeter performance tests can be updated to utilise test data from an associated CSV file.  When this type of test is used to create a performance test in BlazeMeter, a test data panel is displayed showing all the CSV files that are referenced in the JMeter tests via CSV data set configs.

The CSV file definition can be updated either with a fixed CSV file or synthetic data generation parameter/data entity. The following screen shows the selection options in BlazeMeter. 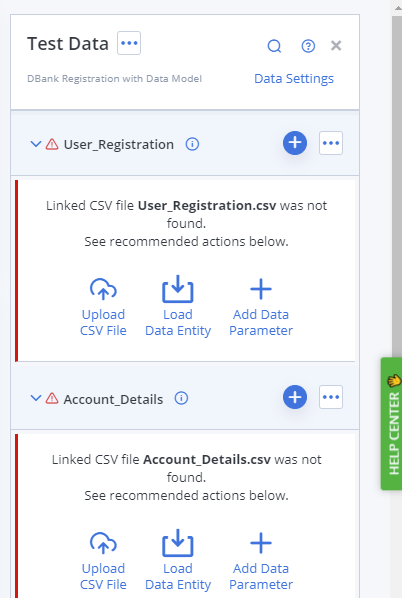 Individual parameters utilize data generation functions to generate the relevant data. The data generation rule can be of multiple types which we discussed earlier in this blog and a complete list of the functions can be found in the BlazeMeter guide.

Parameters can be grouped into data Entities allowing them to be used across the BlazeMeter platform. Data Entities are groups of parameters that can be used to support predefined use cases.

A typical use case is to complete a registration form and the test data required would be Names, Addresses, Date of birth …. As you can see in the example below, we have defined a range of parameters including names and addresses, but we have also combined them to create a valid email address. 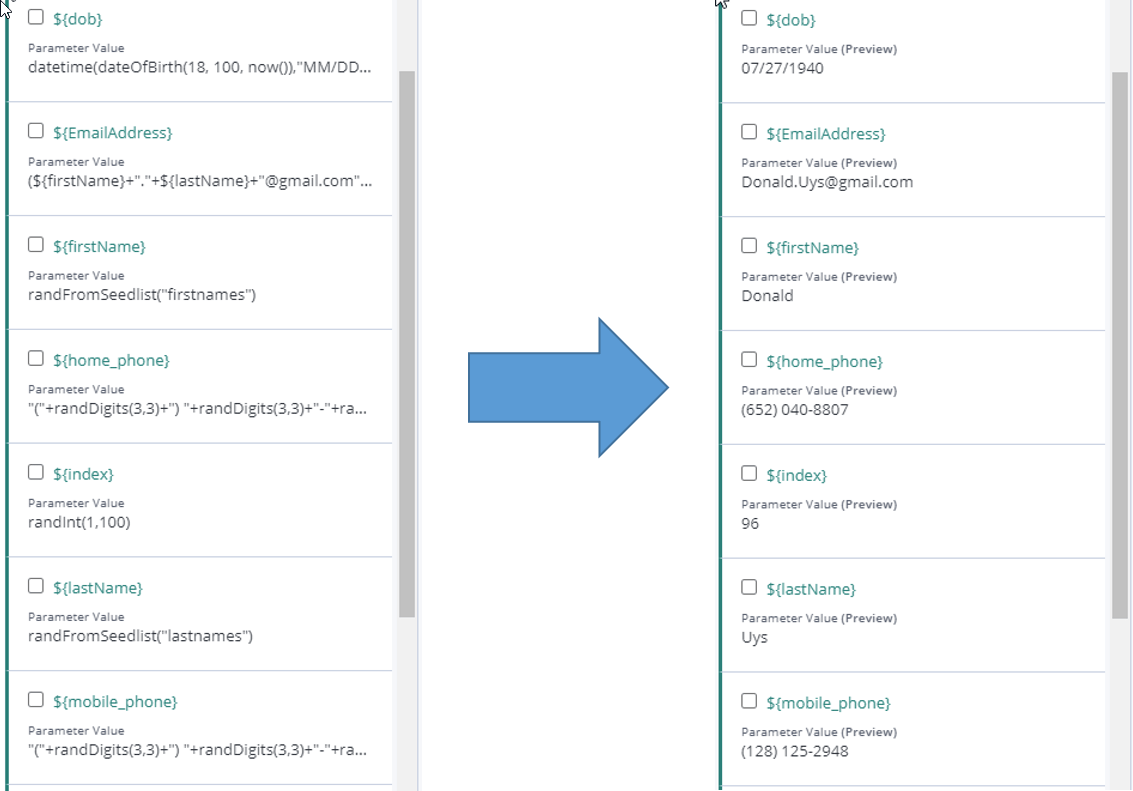 BlazeMeter test data is not limited to JMeter tests. It can also be used for any other test type that supports CSV files and is supported on the BlazeMeter platform, as well as a direct integration with Taurus scripts as you can see in the following screenshot. 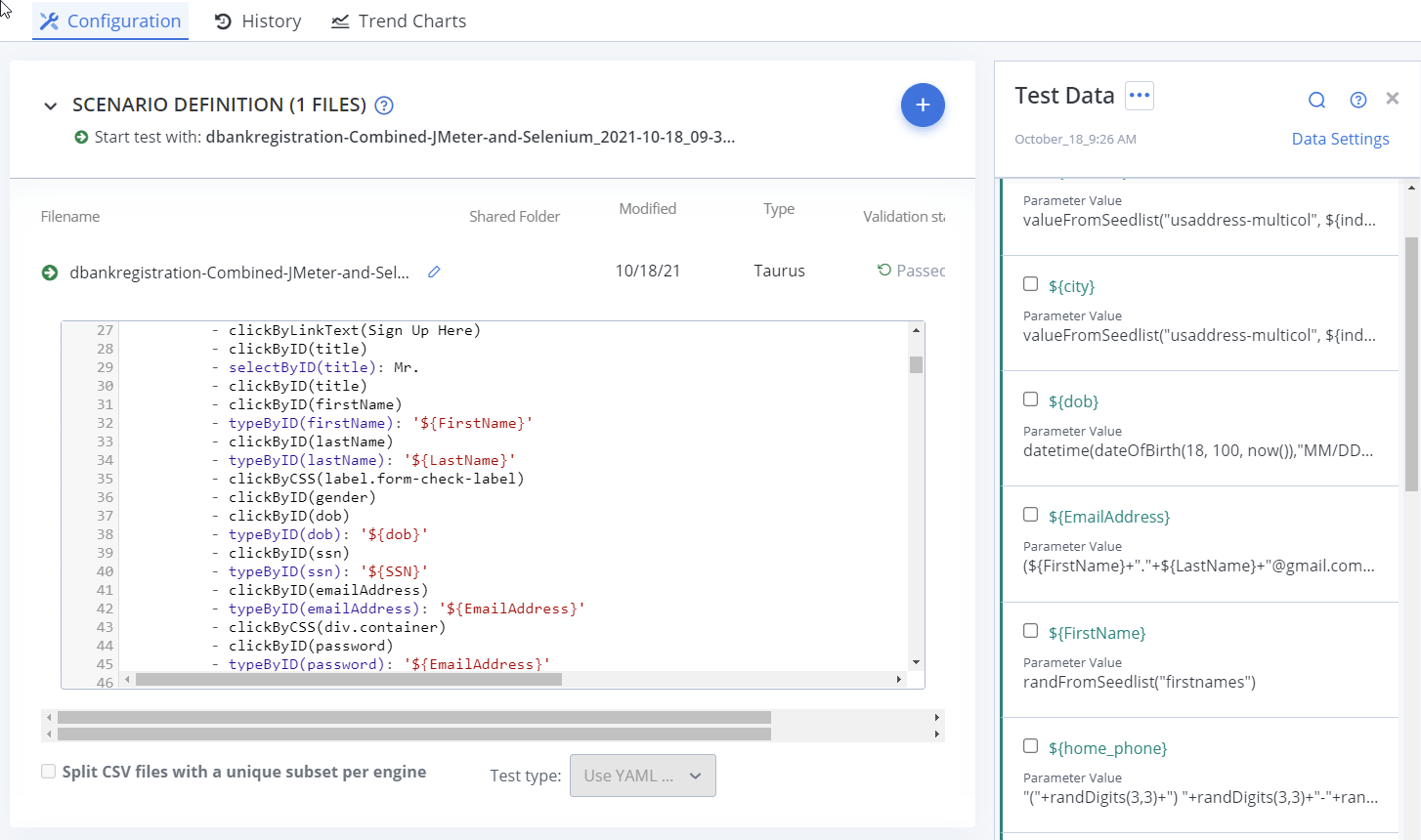 Once you have defined all of the data parameters that match your requirements, you can use the Data Entity control to save it to the BlazeMeter workspace. Once the data entity has been saved to the workspace, it can be used in performance and functional tests (mock services coming soon).  The data entity can also be exported and imported to move the data entity between accounts and workspaces. 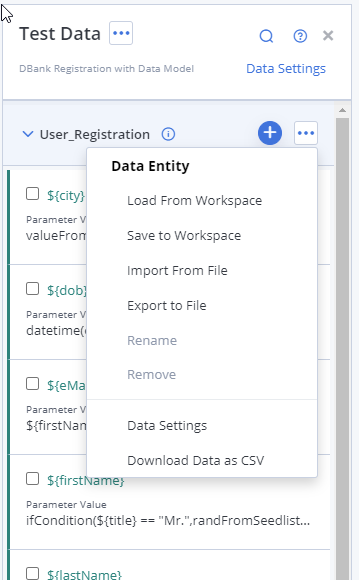 This blog post has demonstrated how you can leverage test data in your BlazeMeter performance tests. Explore this feature further by trying out BlazeMeter for yourself. 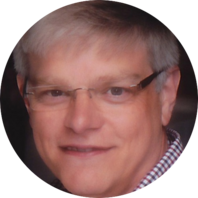