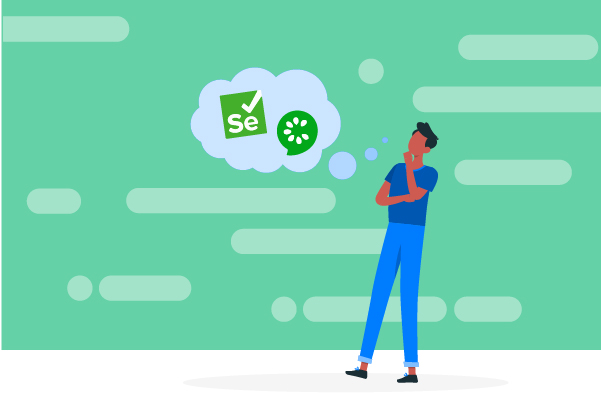 Selenium Vs. Cucumber: Which One is Right for You?

When it comes to automation testing tools, Selenium and Cucumber have become immensely popular among software testers and developers alike. Why?

In today’s era of online competition, web applications have become vital for businesses seeking new ways to reach and serve their target audience in the digital realm. Therefore, they must be thoroughly tested to ensure they offer high-end user experiences.

Even though both Selenium and Cucumber are similar in some ways, they have their own strengths and weaknesses that can make or break the automation testing process. Let’s discuss the major differences between Selenium vs. Cucumber in detail and find out which is the preferable one according to your needs.

What's the Difference in Automation Testing Using Selenium and Cucumber?

Cucumber makes the complex code easy to understand. Here are the benefits of using Selenium and Cucumber together for web application testing:

Created by Jason Huggins in 2004, Selenium is an open-source framework for automated testing that emulates real-time user action on different browsers. It is primarily used for UI, regression, and functional testing.

Selenium is written in Java and offers a user-friendly interface to create and execute test suites. It provides a single interface that allows you to write test scripts for programming languages like Ruby, PHP, JavaScript, Perl and Java, among many others, and supports testing popular browsers such as Internet Explorer and Google Chrome.

By using Selenium, tests can be regrouped and refactored according to the needs. Not to mention, it also allows the testers to use a range of IDEs (Integrated Development Environments) such as Eclipse, Netbeans, Visual Studio among many others.

This tool lets you develop Selenium tests through a record-and-playback functionality.

A test tool that lets you record automated user interface tests of the web application. It supports any programming language on any HTTP web portal using any browser compatible with conventional JavaScript.

A web framework that lets you execute cross-browser tests. This tool is used for automating web app testing to verify that it performs as expected.

Selenium has become one of the favorite automation tools for many testers and developers around the globe, due to the following benefits:

When compared to other automation testing tools, the Selenium automation framework is very easy to use. Furthermore, it provides an intuitive interface that helps create as well as execute scripts quickly. In addition to allowing users to watch the tests while they are running, it also lets users examine detailed reports of Selenium tests script and take follow-up actions.

In addition to being user-friendly, Selenium also supports different operating systems like Windows, Mac OS and Linux, among many others. You can easily create test suites and execute them on a different platform like Windows.

One of the major benefits of Selenium is its open-source accessibility. Since it’s an open-source tool, anyone can download the source code and use it. Furthermore, it can also be refactored based on project requirements. This improves the functionality of predefined classes and functions.

Unlike other automation testing tools such as QTP, UFT and SilkTest, Selenium takes less space in the system and thus doesn’t overload the storage space.

Selenium also supports the parallel execution of tests on multiple machines. Using the Selenium Grid, users can perform web application tests on a number of web browsers and platforms.

Created by Aslak Hellesøy in 2008, Cucumber is a behavior-driven development (BDD) tool used for developing test cases for the behavior of application’s functionality. This tool allows the users to write tests in plain, easy-to-understand language. Furthermore, this testing tool reads executable specifications written in simple English and validates that the web app does what those specifications say. The specifications consist of multiple examples or scenarios, for instance:

Despite being written in Ruby, the tool supports multiple programming languages, including Java, C#, .NET, Ruby, FLEX and Python. Because of this, it becomes easier for the developers to test web applications using any of these supported programming languages. Here’s how Cucumber testing works:

Furthermore, the Cucumber automation tool not only integrates with Selenium, but also with other automation testing tools like Watir among many others.

In Cucumber, the test cases can be written in simple English. Because of this, your test cases become well-structured and universally understandable to all actors involved in your web application development and testing.

Test Cases Can Be Reused

With Cucumber, you can also easily reuse the test cases. Furthermore, if you want to create a new test case that is similar to one of the web application tests that have already been created, all you need to do is find its predecessor and reuse what’s been done previously.

The easy readability of the Cucumber test code helps in bringing every stakeholder onboard during the development process. From testers and developers to product owners and business analysts, anyone can write behavior scenarios for the web application.

Without a doubt, a crucial benefit of Cucumber is the fact that it helps in early detection of defects in a web application. Furthermore, Cucumber helps the developers and testers identify which features are working properly and which are not.

Cucumber supports many languages like Java, PHP, JavaScript, Python, Perl and Ruby. As a result, you don’t have to learn a new programming language and can easily work with your preferred language.

Listed below are the major differences between Selenium and Cucumber.

Both Cucumber and Selenium testing are important components of the web application testing process. Selenium is used for automating the testing across various browsers, whereas Cucumber is an automation tool for behavior-driven development. While these two tools have some similarities, they are completely two different things in terms of functionalities and usage. Even though both Selenium and Cucumber have their strengths and weaknesses, knowing when to use which tool and how to use them together can take your web application testing process to the next level. 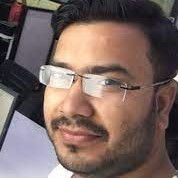 Rajeev Sharma is a Senior Technical Writer at APPWRK IT Solutions. He has hands-on experience writing on technology trends, web applications, digital marketing, blockchain technology, quality assurance, and many more. He lives in Punjab, India with his exceptionally perfect dog and loves to immerse himself in EDM all the time.