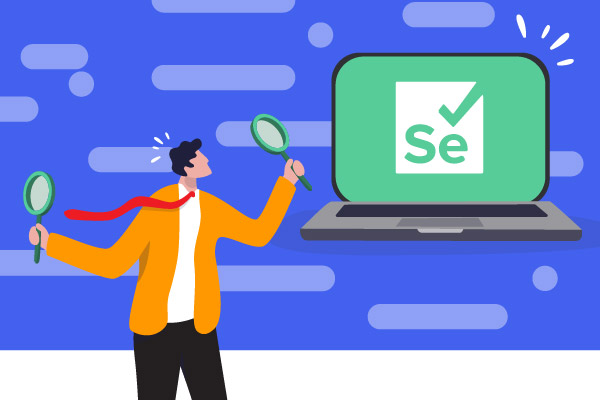 Selenium is a widely used test automation tool for web applications. Due to its robust feature set and proven reliability, it is a staple tool in any development pipeline. It’s no surprise, then, that the eagerly anticipated Selenium 4 release is one of the major milestones of Selenium. Currently available in a beta version (as of August 2021), Selenium 4 aims to introduce an extensive array of new features and improvements.

In this article, we will have a look at the improvements made to the core components in Selenium 4 as well as the new features it introduces.

When Was the Official Selenium 4 Release?

The installation process of Selenium 4 is the same as Selenium 3. We need to install Selenium and then obtain the necessary drivers for the target browsers.

📕 Related Resource: Learn more about How to Run a Selenium Test with TestNG

The installation process of Selenium 4 is the same as Selenium 3. First, install Selenium 4 using pip, since we are using Python. Make sure to specify the required Selenium version in the installation command. In this instance, its 4.0.0.beta4 release.

The upgrade process will depend on the programming language and the build tool you use. When using Python, if you have an existing Selenium 3 installation, you can simply upgrade it to Selenium 4 via pip.

If you are using a build tool like Maven, simply change the dependencies section to reflect the new Selenium 4 driver, as shown below.

The primary change in the WebDriver is the WebDriver APIs have been made completely W3C compliant. Therefore, encoding and decoding API requests is no longer needed when interacting with different browsers. Instead, this standardization has enabled the WebDriver to communicate with the targeted browsers directly.

This W3C standardization of the WebDriver has led to the depreciation of JSON wire protocol. But don’t worry: it will not impact the existing users, since most browser drivers have adapted W3C standardized protocols. This ensures a smoother transition from Selenium 3 to 4. Furthermore, this architectural improvement has made Selenium 4 a much more stable and efficient test automation tool.

The Selenium IDE is used to record user interactions with web pages, allowing developers to create test cases by recording workflows and user behavior. Selenium 4 aims to provide a much more robust IDE with support for multiple browsers and platforms, from Chrome and Firefox to even direct integration with Microsoft Edge.

Some improved features of the Selenium 4 IDE are as follows:

Selenium Grid enables users to run tests across various browsers and devices parallelly, using the hub and node model. In Selenium 4, the Grid has been improved with Docker support and the ability to easily be deployed on Kubernetes clusters. This containerized approach allows users to easily distribute the test workload along with multiple containers without depending on physical or virtualized machines.

Additionally, some other improvements such as standardization of configuration files to utilize TOML, usability improvement in the GUI, and full IPv6 support were made to the Grid in Selenium 4, aiming to increase its usefulness further.

As discussed earlier, the Selenium WebDriver has adopted the standardized W3C protocol for communications with browsers. Since major browser drivers like ChromeDriver and geckodriver already follow the W3C standard, moving to W3C as the default protocol has enabled Selenium to communicate with browsers directly.

Moreover, this shift to the W3C protocol has increased the reliability and speed of the Selenium components. With this W3C protocol becoming the default protocol in Selenium 4, the JSON Wire protocol is deprecated and native support for Opera and PhantomJS has been removed. Since the Opera browser is now based on Chromium, users who want to test their implementation on Opera can utilize the chromedriver. Besides, PhantomJS users can test on FireFox or Chrome in headless as an alternative to PhantomJS.

Selenium 4 has updated the Actions class (API) that simulates user inputs from mouse, touch, and keyboards such as clicks, double clicks, etc. Following is the list of newly introduced methods to the Actions class.

This method is used to click on a specific web element and it will replace the moveToElement(onElement).click()

This is used to click on an element and hold the click without releasing. This method will replace the  moveToElement(onElement).clickAndHold()

This will be the default method for right click operations and replace moveToElement(onElement).contextClick()

This will perform a double click operation on an element and replace the moveToElement(element).doubleClick() method

The release() method can be used to release a left mouse click at the current cursor location. With the updated version of Selenium, It has been moved to the primary Actions class from the org.openqa.selenium.interactions.ButtonReleaseAction class.

This intuitive naming allows users to locate web page elements based on their visual location with respect to other elements. For a simple example, If there are two buttons in a form (submit and cancel) located near each other, we can simply call the "To right of" method to locate the other button.

These native integrations enable users to use DevTools API to perform various tasks such as network performance simulations and geolocation testing while quickly addressing any bugs.

In Selenium 4, Desired Capabilities that were used to define the testing environment such as browser name, version, os are replaced by an options object.

These options are browser-specific, and users will have to create an options object with the test environment requirements and pass it to the WebDriver. The list below indicates the options object for major web browsers.

This documentation covers all aspects of Selenium, including the WebDriver, IDE, and Grid components. Moreover, this clear and exhaustive documentation helps testers easily understand how new features offered by Selenium 4 can be used in testing.

Selenium 4 comes with a major architectural shift with some long-awaited improvements to provide a feature-rich and stable test automation platform. The complete compliance with the W3C protocol ensures that Selenium is capable of handling any kind of browser automation for the foreseeable future. When this is coupled with all the new features, usability, and performance improvements, users can confidently use Selenium in their projects without the fear of the tool becoming obsolete.

To get started with running your Selenium functional tests in BlazeMeter for advanced reporting and cloud-based load testing, sign up for free. 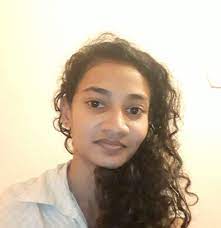 Shanika Wickramasinghe is a software engineer by profession and a graduate in Information Technology. She specializes in both Software development and QA automation. Shanika considers writing the best medium to learn and share her knowledge. She is passionate about everything she does, loves to travel, and enjoys nature whenever she takes a break from her busy work schedule. You can connect with her on LinkedIn.