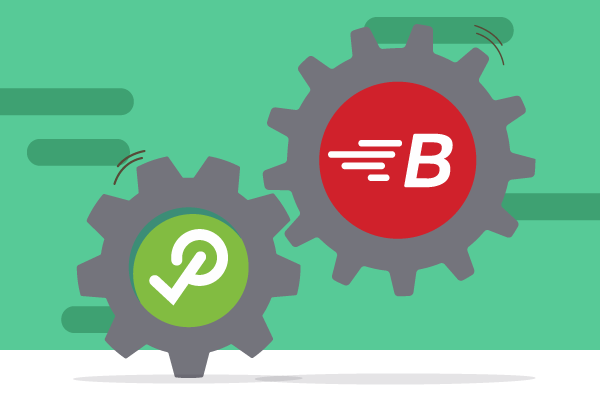 What Can Perfecto & BlazeMeter Do for You?

Exciting times in the application software quality landscape. Two giant and proven market leaders are coming together to simplify, accelerate and maximize continuous testing across web and mobile platforms. With the recent acquisition of BlazeMeter by Perforce, the marketplace is finally getting a robust choice for a complete continuous testing platform that is cloud-based, enterprise grade, and easy to use.

Back to the Basics

As Martin Fowler defined in his famous testing pyramid, a complete testing strategy consists of three layers – Unit, Integration and End-to-End testing. This pyramid got another interpretation by Andrew Knight that highlighted the white-box and black-box layers along with the efforts associated with creating the different types of testing. The following diagram illustrates the testing pyramid.

Obviously, it takes a village to create a complete and scalable test automation strategy. The levels of coverage for web and mobile platforms and the testing types that need to be created and maintained are huge.

API and unit testing are at the base of our pyramid. These tests are smaller and shorter, and typically created and run by the developer. For these tests, teams need proper environments and fast feedback to find and fix problems without interrupting the workflow. Since developers are always dependent on the availability of environments that are stable, reliable, and always on, they require mock services and data on demand to seamlessly progress their software development and testing.

As the software development lifecycle progresses, teams start building more integration tests which consist of functional and non-functional testing types. When the release gets closer to production, the developers and test engineers perform end-to-end tests which include the highest scale testing types across most relevant platform combinations.

Having the ability to drive the complete continuous testing plan from unit through API, integration, and E2E, is imperative to the success and velocity of the agile teams.

How can Perfecto Help My Testing?

The Perfecto platform is fully open and integrated to support much of the CI/CD toolstack and all leading test automation frameworks including Selenium, Appium, Espresso, XCUITest, Cypress and more. Additionally, Perfecto’s leading, AI-powered reporting capabilities offer quick and intelligent analysis at scale, thus reducing the time to identify and fix mobile and web application defects. The following diagram shows the Perfecto pillars. 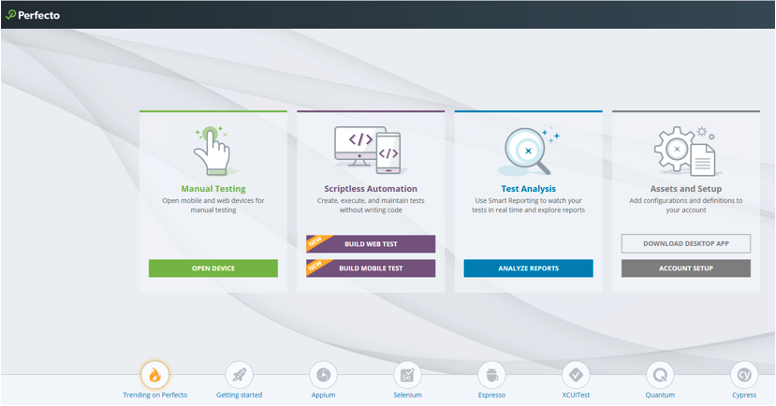 Using Perfecto, developers and testers can perform manual structured and exploratory testing across mobile devices and web platforms. They can automate their functional and integration E2E testing using a wide range of open-source and commercial frameworks. This allows teams to maximize their mobile and web test automation scenario coverage using unique capabilities and use cases that only Perfecto offers. These  include image injection, biometric testing, location, accessibility testing, network virtualization, and much more. With its rich and intelligent reporting dashboards, developers and testers can get immediate feedback and drive faster MTTR (mean time to resolution) of defects while eliminating flakiness and noise within their pipeline. The following graphic illustrates Perfecto's reporting capabilities.

How can BlazeMeter Help My Testing?

BlazeMeter delivers complete continuous testing suited for every tester and developer in the organization. Available to use as code in your IDE or with a modern UI, the platform includes UI functional testing, user experience testing, API testing and monitoring, performance testing, mock services, and test data synchronized across tests, services, and systems under test. All capabilities are deeply integrated in an intuitive workflow with robust support for popular open source and third-party tools. Teams can work the way they want to work, with enterprise scale, security, and collaborative, actionable analytics.

BlazeMeter customers can leverage the continuous testing SaaS platform to create API testing together with customized mock services that can be imported to the platform in various types (HAR, WSDL, etc.), and complement these early development stage tests with low and high performance testing. BlazeMeter is a major contributor to the JMeter open-source performance testing framework that together with its backend load-testing abilities creates a complete solution for performance engineers, SREs, and DevOps teams. The following screen shows one of many tests that can be performed. 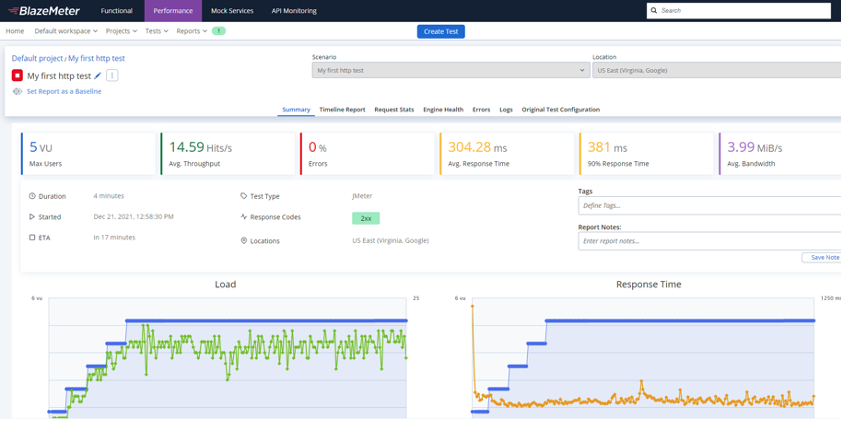 Going back to the testing pyramid, when developers need to create API tests and mocks, they can use BlazeMeter for that task. They can create and run performance tests at maximum scale and analyze the platform reliability at any given time as shown in the following screen. 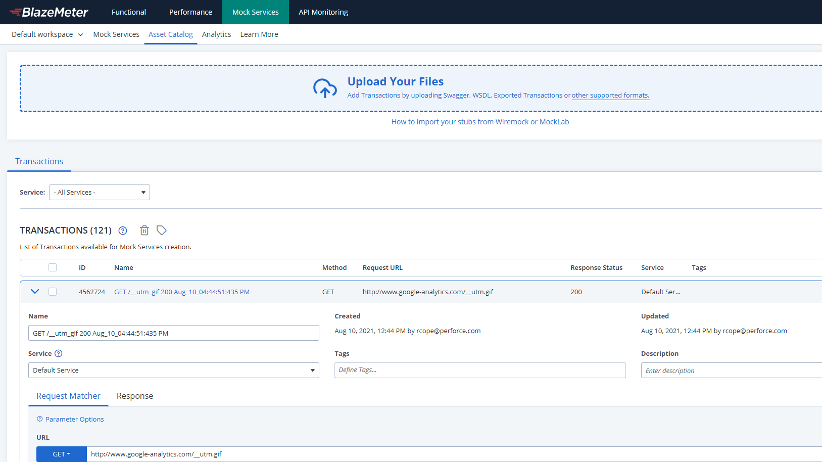 With complete coverage of the entire testing pyramid, both Perfecto and BlazeMeter offer a unique cloud-based environment to create, execute, and analyze all testing types: API, Functional, Non-Functional, Exploratory, Unit, all at maximum scale, with enhanced intelligent reports. From mobile to mainframe, we've got you covered. 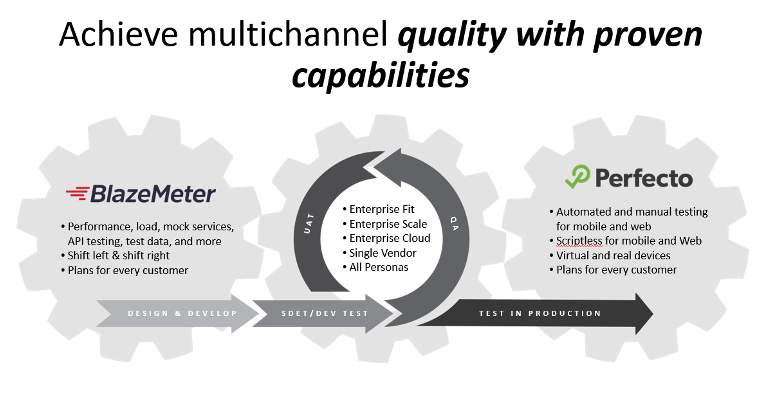 Testing web and mobile applications end-to-end has never been more achievable, through the combination of the two most powerful continuous testing platforms on the market. 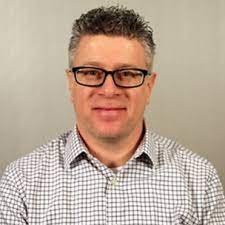 Eran Kinsbruner is a person overflowing with ideas and inspiration, beyond that, he makes them happen. He is a best-selling author, continuous-testing and DevOps thought-leader, patent-holding inventor (test exclusion automated mechanisms for mobile J2ME testing), international speaker, and blogger.  With a background of over 20 years of experience in development and testing, Eran empowers clients to create products that their customers love, igniting real results for their companies.