Mixing Selenium Into Your Load Scenario

Selenium is an open source automated functional testing framework, which provides multiple facilities for web applications testing, across different browsers and platforms. Selenium is not just a single tool but a suite of software. The two most important parts of this suite are Selenium WebDriver and Selenium IDE. The first one is a set of language specific APIs for browser automation. The second is a Firefox addon that provides a “record & replay” feature.

In this blog post, when I will focus on the Selenium WebDriver, which implements a modern and stable approach to automating the browser's actions. The WebDriver is designed to provide a simpler and concise programming interface. It was designed with the goal to supply a well-designed object-oriented API, which provides improved support for advanced web-app testing problems.

This blog post will show how to enhance an existing Apache JMeter™ scenario with a Selenium WebDriver test script, to obtain a new test script that mixes different test requirements. This is done when there is a need to simulate some of the client-side Selenium data flows under a load. (When referring to Selenium I mean the Selenium WebDriver).

What are the best test conditions for adding Selenium to your JMeter script?

You might suppose “I can execute Selenium and JMeter at same time via two command interfaces without using any plugin and achieve the same result”.

The answer is - yes, of course you can but you are executing two applications without any guarantee of the time correlation in the final report. The analysis of two final logs instead of one can be error prone, because it is affected by missing the time correlation of the executed steps. How many Selenium iterations were there? And how many HTTP Sampler ones?

How Does Selenium Integrate with JMeter?

JMeter has a plugin called “Selenium/WebDriver Support”, which you can find in the JMeter plugins manager. This plugin provides two components for integrating Selenium into a JMeter test script: 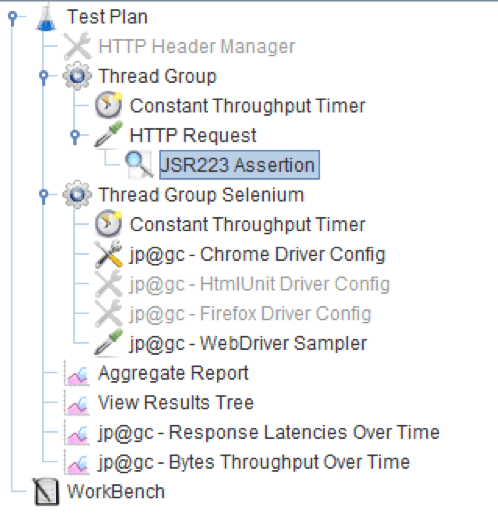 Now let’s look at an example. Suppose we have an existing JMeter script that mixes two user flows in the same thread group. This thread group also has a “Constant Throughput Timer” and a “Throughput Controller” that fix the number of iterations per second. See the picture below:

Now suppose that we have an existing Selenium script that reproduces a test condition. This could be a user opening a browser, inserting credentials, filling an order form, etc. At this point we need to add a joint point for Selenium.

Add add another “Thread Group”, dedicated for Selenium only. 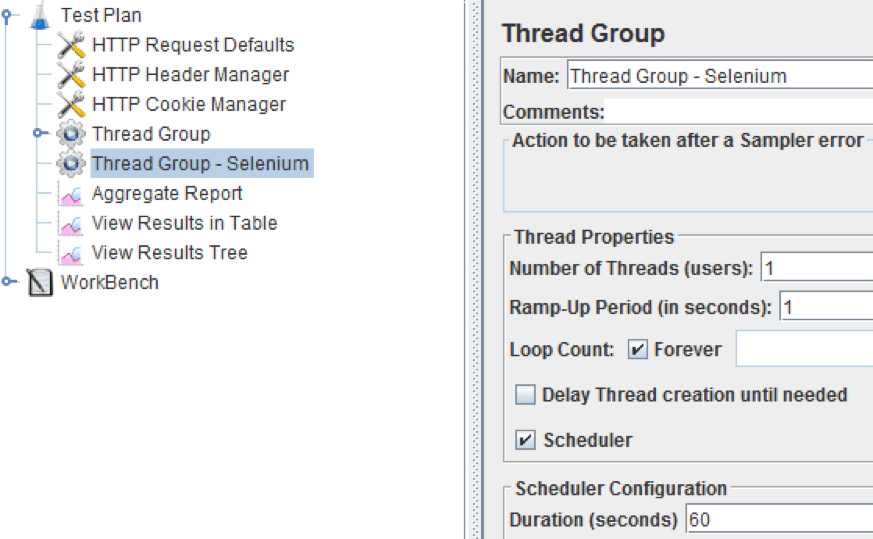 We will now add the configuration element that starts the WebDriver instance with a Google Chrome browser.

Remember that, as requested by Selenium, it’s mandatory to provide a complete path to “chromedriver.exe”, also called “WebDriver implementation”. The selection of “WebDriver implementation” must be chosen according to the version of Google Chrome browser installed (e.g. 32bit or 64bit? running on Windows or Linux?...). For other browsers, there are different mandatory Selenium requirements.

At this point of the JMeter run, we should have a running browser controlled by Selenium. Now we will add the test logic, by adding the “WebDriver Sampler” into the thread group:

Now it’s time to add the Selenium code into the “Script” field. you can copy the code from your Selenium test and reuse it here.

The purpose of this javascript code is to interact with the WebDriver object. This code:

#4 Clicks on a page element “Blog”

#5 Searches an on page element “JMeter”

To complete the script, add a Constant Throughput Timer to the Selenium thread group. The timer will limit the execution to a necessary rate. The limit rate is based on business requirements (e.g. one text search for ten minutes). You can also insert the rate limit for resource consumption on the test machine. This is important because Selenium Webdriver executes a complete browser, which could take up more memory and CPU if the rate is high. As a default, you can use a  few iterations per minute.

In the screenshot you can see we have configured all threads in the current thread group to execute the WebDriver Sampler three times a minute.

It’s important to decide the execution rate according to Selenium script average execution. If the rate is too high the single thread/driver will not be able to start a new execution, because it is still involved in the previous one. If you’re familiar with your test, you probably know the average execution time. If not, then you need to go through trial and error.

So if we take our previous example of three iterations in one minute:

Now let’s run a script. Here are the results:

The second column describes how many samples are executed during the entire JMeter test execution. Notice that against many requests for HTTP samples, there are only a few WebDriver samples (four WebDriver Samples against hundreds of HTTP samples).

Selenium in JMeter - Things to Consider

1. The WebDriver plugin is a Selenium wrapper. So some features, especially the WebDriver configuration, are masked. Unclear situations/results should be analyzed while taking this layered environment into account.

2. At the time this blog post was written, the only WebDriver Sample supported language is Javascript. This restricts the possibility of reusing code and must be weighed in during planning.

3. The JMeter Webdriver plugin carries on the Selenium dependency jar library of an older version. This situation can potentially generate a compatibility issue on newer browsers with older Selenium.

4. Resources consumption for a low rate of WebDriver samples can be compared with thousands of HTTP samples.

Selenium is de facto the test automation standard for web applications. The possibility to mix it into an existing JMeter script, adds value to both your JMeter and Selenium tests. However, this convergence includes some draw back that should be evaluated, to better define the effort estimation and reachable goal.

That’s it! You now know how to mix Selenium into your JMeter load scenario. Learn more advanced JMeter from our free JMeter academy.

To try out BlazeMeter, which enhances JMeter capabilities, request a demo. Or, put your URL in the box below and your test will start in minutes. 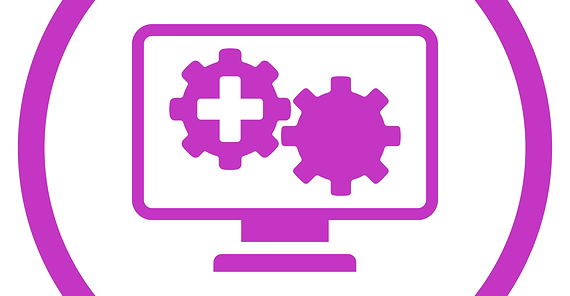 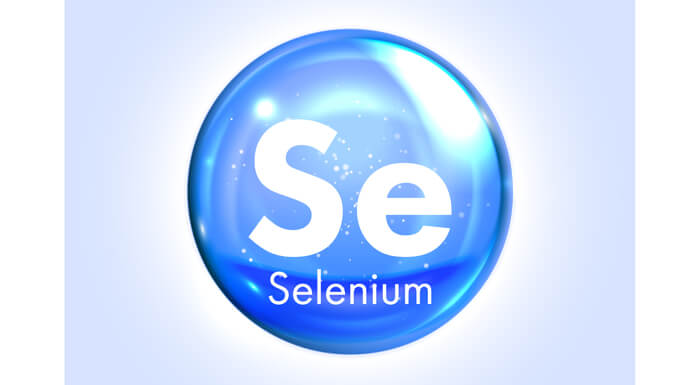