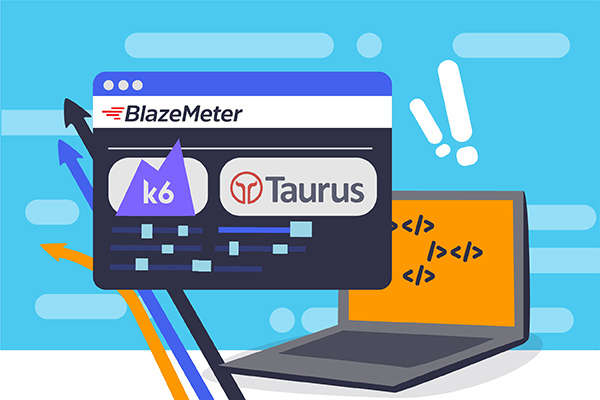 How to Run K6 Load Testing in BlazeMeter with Taurus

BlazeMeter allows users to run K6-based test suites through Taurus. By tracking their test results in BlazeMeter, K6 users can identify regressions and new problems, so they can resolve performance bottlenecks before releasing a new version into production. This blog post will explain how to easily run your K6 load testing in BlazeMeter with just a few steps.

What is K6 Load Testing?

K6 is an open-source tool that does load and performance testing for websites, APIs, and microservices.

Developed by Grafana Labs, K6 is supported by an active user community. Organizations looking into K6 for load testing also explore other open-source solutions like JMeter and Gatling. Teams also use K6 for performance and synthetic monitoring, as well as reliability and chaos testing.

There are many benefits to K6 load testing. Teams opt to use K6 because it is:

Getting Started with K6 and BlazeMeter

K6 is one of many open-source load testing tools that is supported as an executor in BlazeMeter, through Taurus. The Open Source test automation framework Taurus consumes configuration files written in JSON or YAML, and it can reference K6 scripts written in JavaScript. The K6 test creation is quite similar to creating a Taurus Test, so if this is your first time executing a K6 script with BlazeMeter, I recommend reading that article for more information, too.

This is ours, k6_example.js. It is just a simple example of the K6 file structure that demonstrates how to open a web page. You will replace this file with one of your existing K6 scripts.

2. Write your Taurus test in a text editor. You can learn more about Taurus testing here, or you can just use this example script with the simplest configuration as a template:

Make sure to set the executor name to ‘K6’. Here I set the number of concurrent users to 100 and the test will run for one minute. You can set those two parameters to any numbers of your choice. And don’t forget to put your K6 script name (here k6_example.js) into the scenario section of the file.

4. Make sure you have both files - the Taurus test and the K6 script. These two files are necessary for the performance test run.

5. Login to BlazeMeter. You can create a free account if you don’t have one.

7. Upload both files by clicking the “+” sign to upload your script and any additional test files. You can also drag the files over to the Upload Script box.

Note that when you are running a Taurus test, you must configure the Load Configuration and Load Distribution options directly via the YAML, not via the UI. Otherwise, you may notice that these options disappear from the UI.

It is also important to keep in mind that Taurus uses different terminology for certain settings. For example, the Hold-for setting in a Taurus YAML is the same thing as the Duration setting in the Load Configuration section of BlazeMeter UI.

8. After the files are uploaded, the ‘Scenario Definition’ section should look like this:

9. Click 'Run Test' on the left side and wait for it to finish.

10. After the test is done, you will see results in the table form that are similar to the following screenshot:

That’s it! You now know how to run K6 load testing in BlazeMeter.

This tutorial showcases one of the many ways that BlazeMeter offers unparalleled load testing capabilities. Scale your load testing by simulating thousands or millions of virtual users from across the globe through your preferred cloud provider. Plus, use BlazeMeter’s Dockerized private agents to drive load from behind your firewall.

Whether you are looking for scriptless or code-based load testing, BlazeMeter is the platform for your team. Get started with BlazeMeter today. 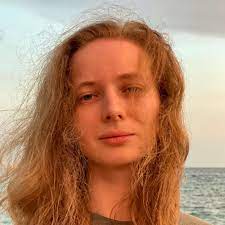 Alla is a developer for Broadcom's Taurus and has 2 years of experience with Python.