How to Run Scriptless Testing in BlazeMeter

BlazeMeter's new, equally user-friendly Scenario Editor for Scriptless Testing now makes it easy to keep your recorded GUI Functional Tests up-to-date and expand on them: You can simply move, drag, and drop predefined actions and objects into your test scenario. This building block approach to test creation is a great way to also let team members contribute who cannot (or do not want to) write scripts manually.

What exactly are these building blocks of a Scriptless GUI Functional Tests? You apply test actions to test objects, just as a tester would do when writing a script. By actions we mean familiar interactions such as clicking, typing text, or selecting. And buttons, form fields, and menu items are our test objects.

If you can describe your acceptance test as steps in an Agile Story, then you can create it in BlazeMeter.

Getting Started With Scriptless Test Automation with BlazeMeter

How does it work? You already know that you can record test cases using the BlazeMeter Recorder Chrome extension, available for free from the Chrome Store.

2. Open the Recorder extension in Chrome. First, make sure that you are in the right project:

a. Click the Project Name in the bottom right of the extension.

3. Open the web application under test in Chrome. 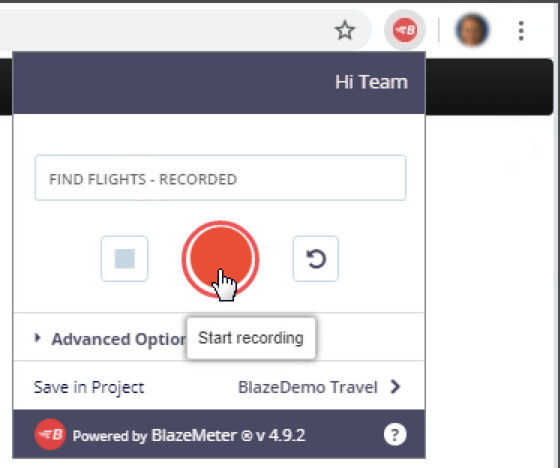 5. Perform the steps of the test case.

b. Every few steps, right-click on the page and select BlazeMeter | The Continuous Testing Platform, assert... from the context menu to add assertions to your test. 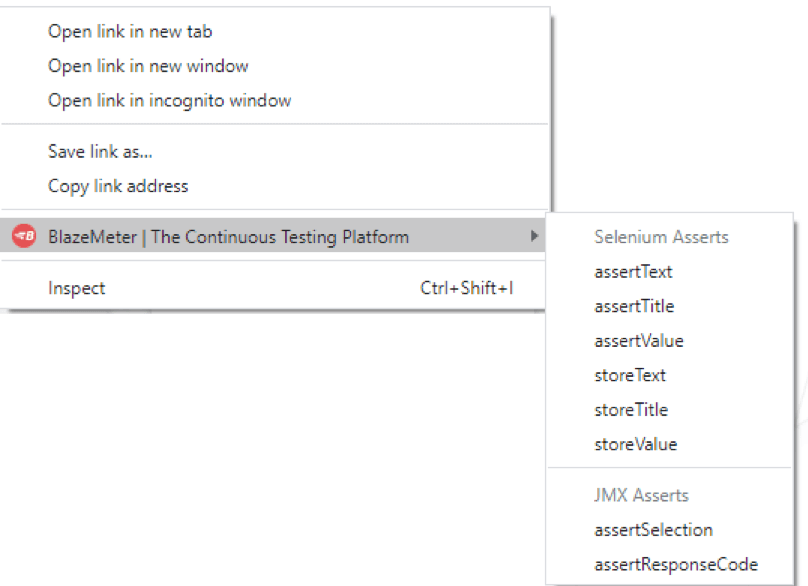 6. When you have performed all steps of the test case, click Stop. 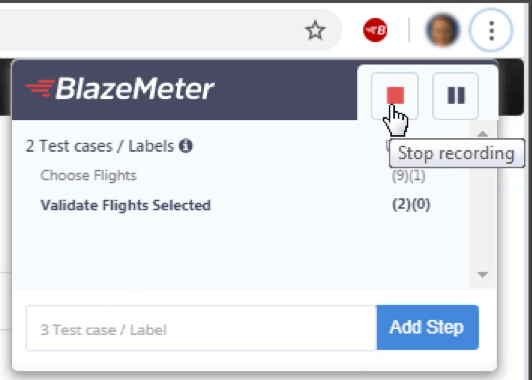 The Extension saves the recording and closes. 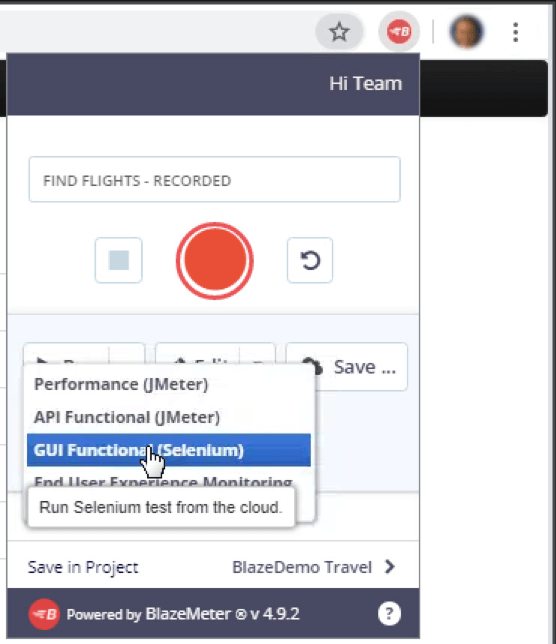 The test recording opens in BlazeMeter in the workspace and project that you assigned in the Chrome extension. 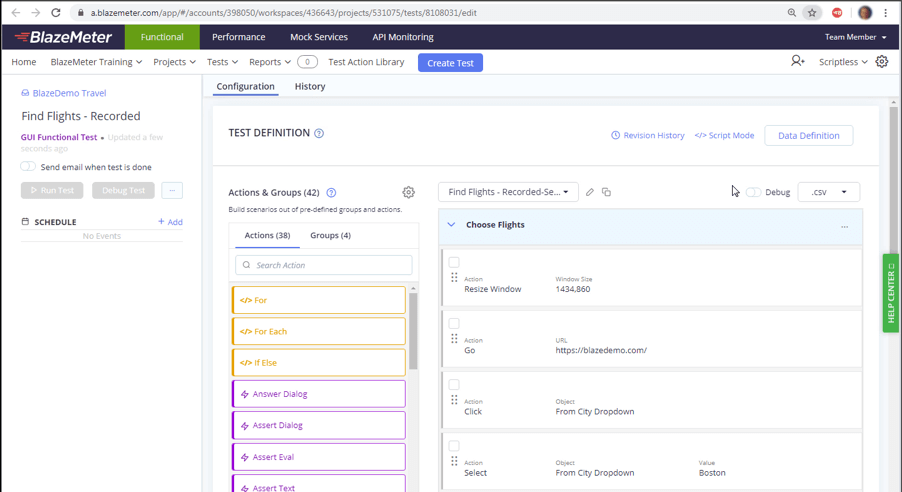 What is the Scenario Editor?

You are likely already familiar with recording test scripts using the Recorder extension. Now, with the release of BlazeMeter Scriptless Testing, you additionally have access to a user-friendly visual Scenario Editor.

BlazeMeter converts the recording into test steps (such as opening a web page, typing text, clicking a button, selecting a menu item), and displays the steps as boxes in the Scenario Editor: 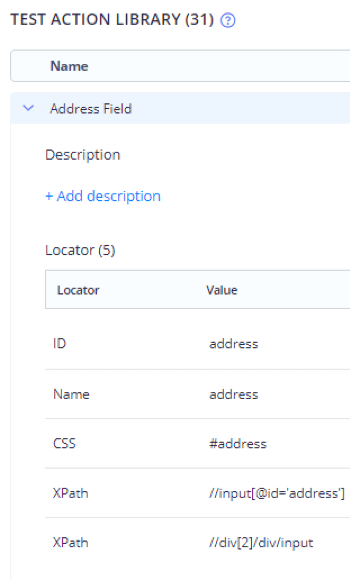 Your populated Test Action Library (and your custom objects in it) is shared with your team members in the same workspace. This means after one team member records a new object, all the others can reuse it.

The Scriptless Testing scenario editor makes it easy for you and all your team members to contribute recorded test cases, to edit recorded test cases, or to create new test cases from scratch. In the following example screenshots, we have recorded ourselves selecting departure and destination cities on a flight booking web application.

How Can Scriptless Testing Help You To Test More, and Test Faster?

What can we do with this recorded test, without any scripting experience? 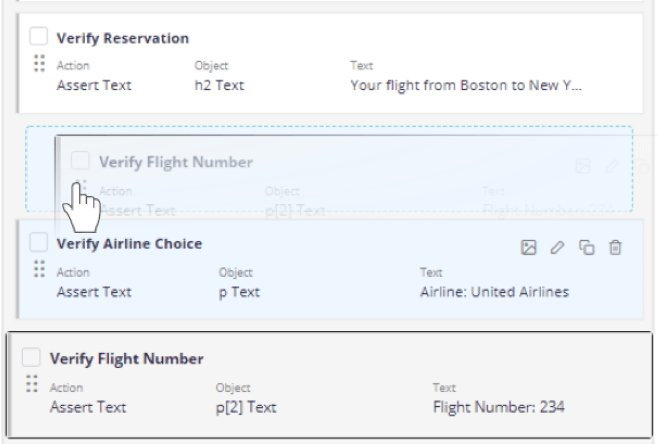 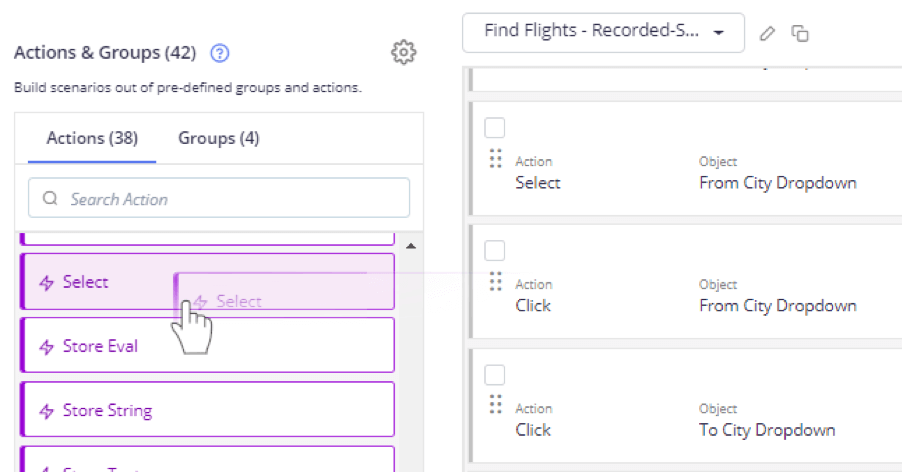 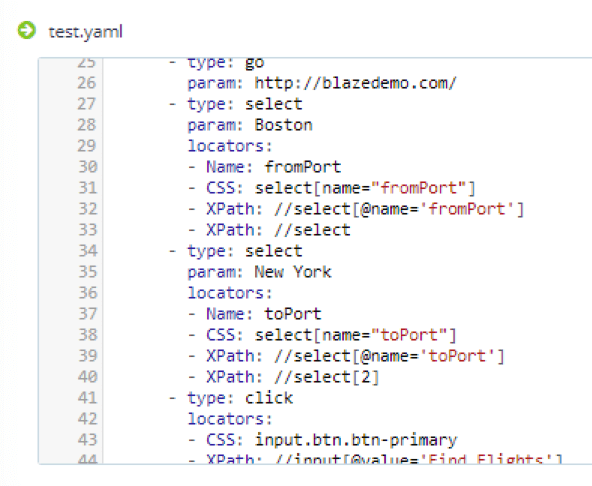 After you get the hang of Scriptless Test creation, you might want to scale it up. Instead of just considering one variant, you want to test different combinations of interactions that could also cause errors. You do not enter only names, but also various unicode characters and punctuation; or you need to test any selections from an ordering menu in combination with different delivery options.

You don't have to record each of these test recombinations manually! Instead, you replace the hard-coded target object with a variable keyword, and upload a spreadsheet that spells out all the value combinations. BlazeMeter will then automatically run tests with the variations you specified.

BlazeMeter knows how Agile Teams work and makes it easy to share test data and tests with the team. We recommend creating a workspace for every test suite that uses the same set of objects in the object library. When one team member updates a test or an object, they can choose to propagate this change to all others who re-use it. Team members can check the revision history and find out why an object was updated and by whom.

It's possible that a recorded test fails at a later point, for example, because a GUI element was renamed, or did not load fast enough. The Scenario Editor highlights the broken test step and helps you get to the bottom of the problem quickly. And in stubborn cases, a fellow tester can always troubleshoot and update the script using the built-in debugger.

Ready to get started? Log in to your BlazeMeter account, or fill in your URL in the box below to start testing. 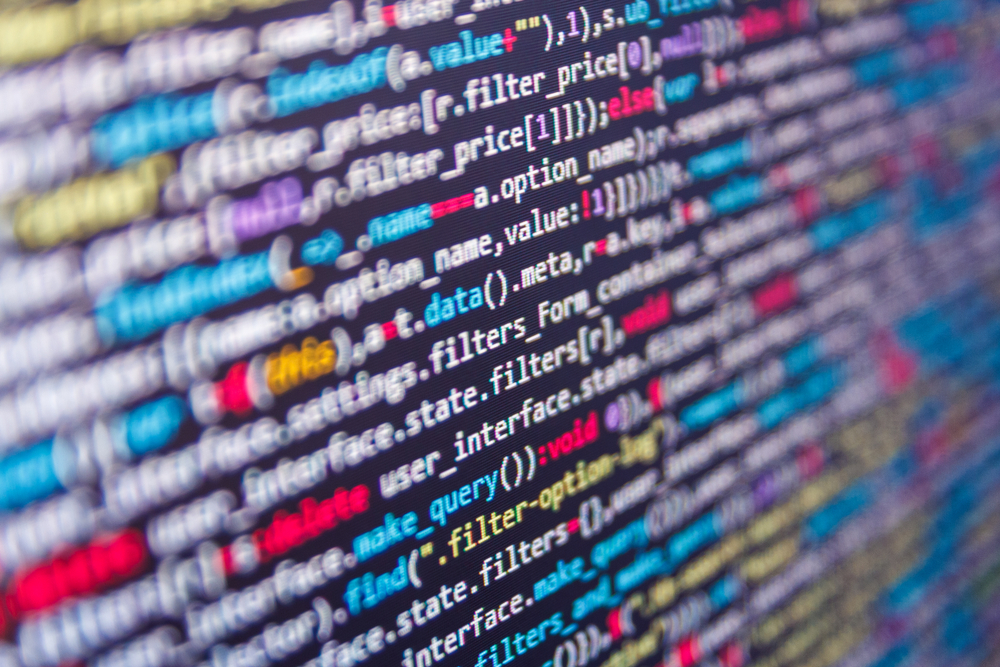 What is Scriptless Testing?
Alex Page