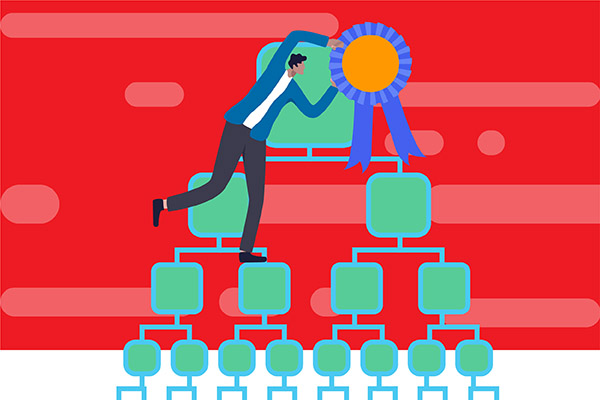 This blog post will cover the top CI/CD best practices, regardless of which CI/CD tool you choose.

You can apply this knowledge to any tool you want to ensure that you can improve your code quality as soon as possible. Let’s get started.

What Are Top CI/CD Best Practices that Are Tool-Agnostic?

1. Decide What to Test and When

My first CI/CD best practice for you is to decide which part of your code you are testing, and when you should be testing it.

Testing is important to be sure that an already existing functionality was not broken by code and will not break from future code changes. But manual testing isn’t enough. Test automation is required to make the testing process faster/cheaper and to be able integrate it with the CI/CD pipeline. This makes the development process faster/cheaper and helps support code in high quality.

For automation, you can use tools like open source Taurus, which automates the performance testing process.

All tests can be split into two types — lightweight tests or heavyweight tests.

Like unit tests or integration tests with mocks. Can be executed on CI/CD on each commit to a feature-branch. They will identify code that broke the build earlier, for faster localization and fixes.

Feature-branches are also a good place for automatic static code analyzing (you can use tools like SonarQube). The build will be green if the tests passed successfully and if SonarQuibe passed the quality gate. This means the code can be reviewed and if it is ok, it can be merged to develop.

Your performance, functional UI, and API tests can be performed automatically in BlazeMeter. BlazeMeter lets you easily run open source load testing tools like JMeter or Gatling, while scaling them to thousands or millions of users and then running them from all over the world. You can also integrate BlazeMeter with CI tools like Jenkins and TeamCity, and get insightful reports that will show you what passed and failed, response time, and more.

If a Sprint takes 2 weeks, development has to be merged to the staging branch 3 days before the end of sprint, as 3 days should be enough to test and fix all critical bugs and prepare the environment for demo.

The code from staging can be tested manually and if it has no critical bugs it can be merged to the release branch. As soon as the code is merged to release it can be automatically deployed to the production environment.

So, the only way to make sure develop will maintain the same quality after the merge is to merge develop to the feature-branch and test it. This test can be automated in the CI/CD. In the tests, the merge should be built and pushed to the repository only if the test is green.

2. Adapt Your CI/CD Pipeline to Your Development Process

Here are a few examples:

3. Make the Build as Fast as Possible

A shorter code-change-result cycle makes the code easier to fix and update, as changes are still fresh in developers’ minds. You can achieve a quicker build by triggering it as soon as code is pushed to the repository (webhooks are the best way to do this). Another way to shorten the process is to split the build into parts, and run them in Parallel. For example, tests can be split into chunks and run in parallel.

If your CI/CD tool supports horizontal scaling (for example Jenkins CI does) you can add more machines. If you see you have a build queue that is waiting for a free CI/CD machine it is good time to add more machines.

Finally, vertical scaling is also helpful. If an application build requires intensive work with HDD, you can use SSD on CI/CD machines or build on memory-based partitions.

4. Build in a Containerized Environment

If you are developing an application and want to create a CI/CD infrastructure, you probably need to install additional software on CI/CD machines (e.g. Git for checkout code, Maven/Ant/Gradle to build the code, Ansible to deploy it and so on).

Note that it is required to use a particular version for each software component. If you install any version it most probably will not work.

So, you need some way of isolation between builds of different applications even though they go on the same machine.

The solution can be any container solution (LXC/LXD), but I prefer Docker. Don’t install any additional software that is required for building your application. Instead you can install additional applications inside the Docker container and run the build process inside the container. Then it will be much more easy to support the CI/CD infrastructure.

5. Install the Infrastructure Automatically and as Code

To prepare your CI/CD infrastructure you need to perform some actions:

If you are going to install your software manually this may take you a huge amount of time and it is error-prone (you may forget to install something or install the wrong version or misconfigure something).

Please pay attention to installing the particular and required versions of all software/components/plugins. Because if you don’t specify the exact version, it may install something different and the infrastructure may stop working. But if you use a script it is required to specify all versions there.

I hope these best practices help you. Let me know in the comments section what you do to improve your code quality.

This blog was originally published on May 19, 2018, and has since been updated for accuracy and relevance.

Evgeny Mekhanikov is a senior software developer at Lineate. He has more than 5 years of experience in development, DevOps and release master roles.