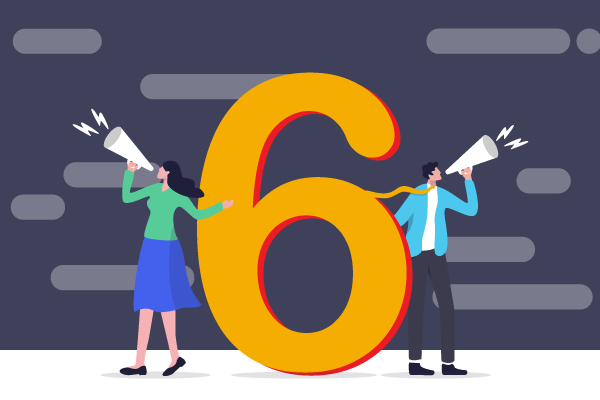 If you work with APIs in your day-to-day, then you’ve probably experienced the following scenario: you put in several hours to create API tests for all your services and plug them into your workflow, but somehow you still aren’t aware that your APIs are failing. Either a customer tells you before you find out, that your team can’t triage an API issue fast enough, or your tests are passing but your apps still break.

If you’ve encountered any of these headaches, the problem may lie in some common API testing challenges. We’ve identified six of the top challenges in API testing that engineers, API developers, QA testers, and DevOps teams alike have faced so we can help you solve those problems and build better APIs together.

Six of the top challenges in API testing include:

Let us explore each of these challenges in more detail.

One of the leading challenges in API testing is creating tests that do not mimic the user experience. It’s easy to set up tests that verify independent services and endpoints, and then call it a day when they all pass. Test Inventory API, check; test Shopping Cart API, check; and so on.

However, your end-users are likely consuming these methods in conjunction with one another, not independently. Building tests without considering how the APIs will be consumed may be quicker in the short term. However, in doing so, you won’t be testing across concerns, which could prevent you from uncovering and debugging potentially serious API issues.

Each of the APIs used in the above scenario may work when tested independently, but without testing the entire flow, you cannot be sure that they are working together, as intended.

API tests can be built to check for any number of variables, like status codes and response content. Those pieces may be vital for checking method correctness, but what if an API request is taking ten seconds to respond to? Does this test still sound like it should pass? While often overlooked, response time assertions are quick but necessary additions to any API test to make sure all your boxes are checked when it comes to a complete end-user experience.

Set up response time assertions that are reasonable and represent how long you or your developers think it should take. If you start at a high threshold, you can easily scale down and see what works for that request. A high threshold response time assertion is far better than nothing, particularly when testing production endpoints. An app that takes too long to load can send your consumer off to the next app.

3. Not Including API Dependencies

Another critical API testing challenge is failing to include API dependencies as part of your API testing strategy. Traditional software integration testing involves testing separate units of code together, ensuring that they operate consistently and reliably, together. With modern applications that depend heavily on web services, it is commonplace to rely on web services that live outside of your four walls. Therefore, testing only your own APIs doesn’t give you the whole picture of how your app will operate in the real world.

Your API is a product that depends on partner services, and if any of those services fail, your API could also be failing your customers. A good rule of thumb is if your product relies on a service, then you should test and monitor it. Third-party integrations can be just as valuable as your own APIs, and if your app or service is broken, your consumers won’t know (or care) about whose service is failing.

4. Testing APIs in a Vacuum

API testing can be a bit of a solo act, but the minute a test is in your workflow, you need to bring in the appropriate teams for when issues do occur. API tests don’t always fail for the same reasons and can impact a variety of stakeholders. Therefore, test failures require the attention of different teams in your organization. If you set up test failure notifications to go to just you, you’re adding time, effort, and headaches to your workflow.

The minute an API test is added to your development or operational workflow, involve the right people via the notification channels they use most. Add notifications for the team responsible for remediating API issues by integrating your API tests with Slack, PagerDuty, Jenkins, and other tools to empower your whole team to address API testing challenges quickly.

You may get notified that API tests pass successfully. But if your APIs are not returning the correct data in their responses, that test might as well have failed.

To address this major API testing challenge, it is essential to verify that your API is returning the correct data. By checking for factors like specific status codes, HTTP headers, and JSON or XML properties, teams can define what a successful API call looks like and test accordingly.

With so many dev tools out there helping you automate your workflow, there’s no reason to keep creating API tests manually. Doing this work by hand can be cumbersome and take time away from other important work. With BlazeMeter API testing, teams can create API tests in minutes and start monitoring your APIs from early development through production.

BlazeMeter even allows teams to go beyond API testing with their test scripts. Our platform enables teams to test all their APIs end to end from a single platform, without having to change between multiple tools. Users can create a functional test, and then reuse the same test for API testing and API monitoring, as well as performance and load testing.

With these best practices in your arsenal for solving the top API testing challenges, you’re set to begin testing the APIs that power your business. Sign up for BlazeMeter to start testing your APIs today.