What Are JMeter Response Assertions?

JMeter assertions are an important feature. And they keep improving! Read this blog to learn the basics.

What JMeter Assertions Do

In JMeter 3.1 and Earlier

In JMeter 3.1, users were able to create assertions based on the combination of: 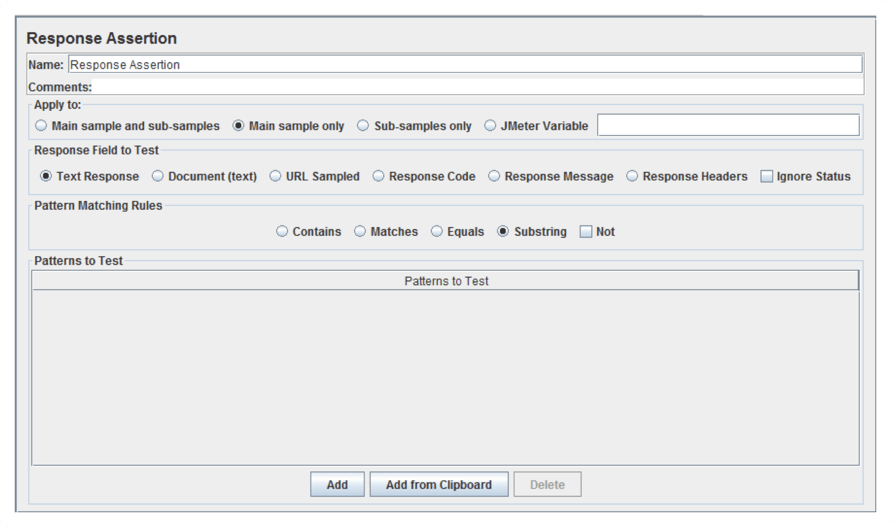 The Response Assertion has a new interface: 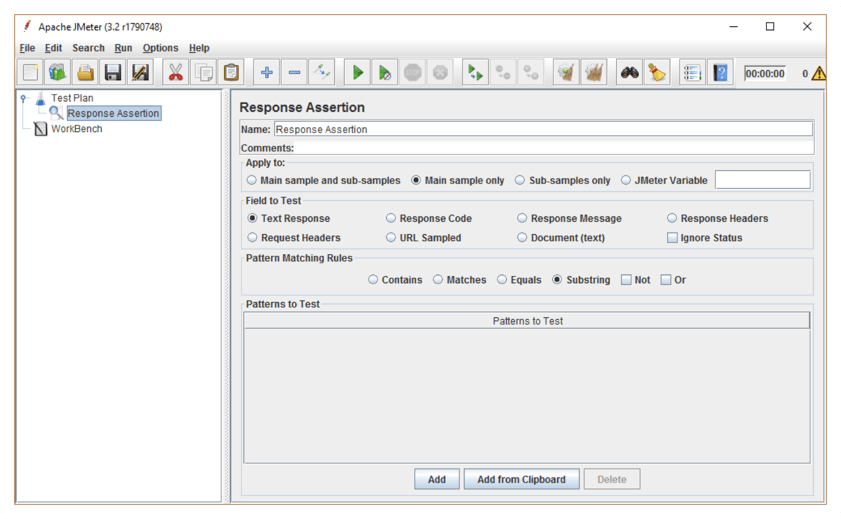 As you can see, the “Request Headers” testing field has been added and can be asserted against. Developers should found this pretty useful, as this allows them to validate Header values such as Authorization, Cache-Control, Connection, Cookie, Host, Origin or Referer, among others.

By using a debugging proxy tool like Fiddler, you can access the target site and check which Header Values are sent in the Request Header. Then, you can use the new Response Assertion feature to make sure you are sending the same values in your JMeter script.

Let’s look at an example. We created a simple script to simulate a user that navigates to blazedemo.com (a flight reservation site for testing purposes), selects departure and destination cities, and then finds flights for the selected cities.

To build the script from scratch, follow these steps: 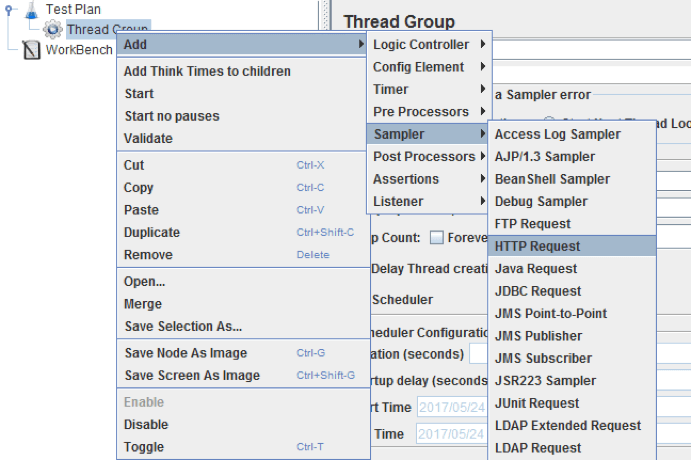 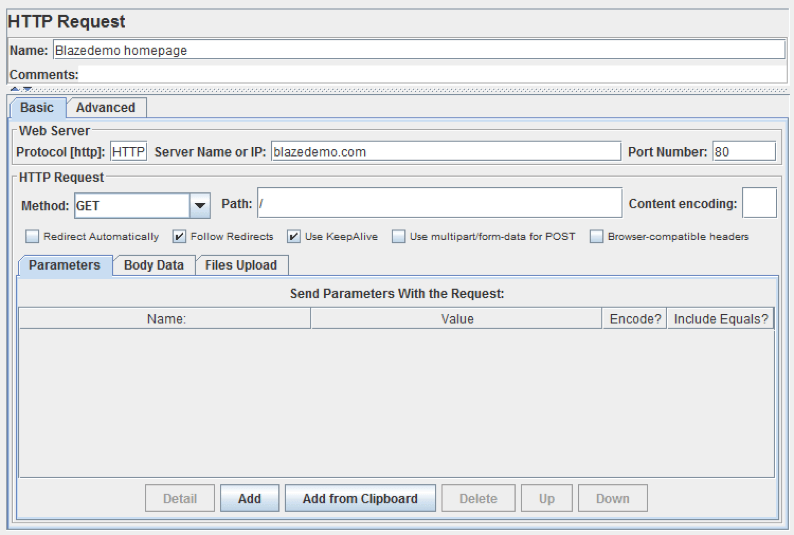 3. Add the following request, which find flights from “San Diego” to “New York” 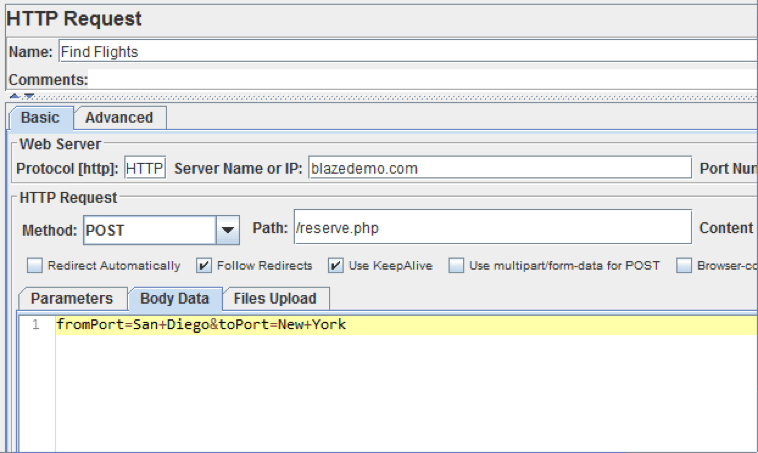 4. With this setup, the request POST http://blazedemo.com/reserve.php should have blazedemo.com in the Host value of it Request Header.  So, let’s add a simple validation using the new Response Assertion - Apply to - Request Headers feature.

To do that, right click on the request and then navigate to Add → Assertions → Response Assertion. 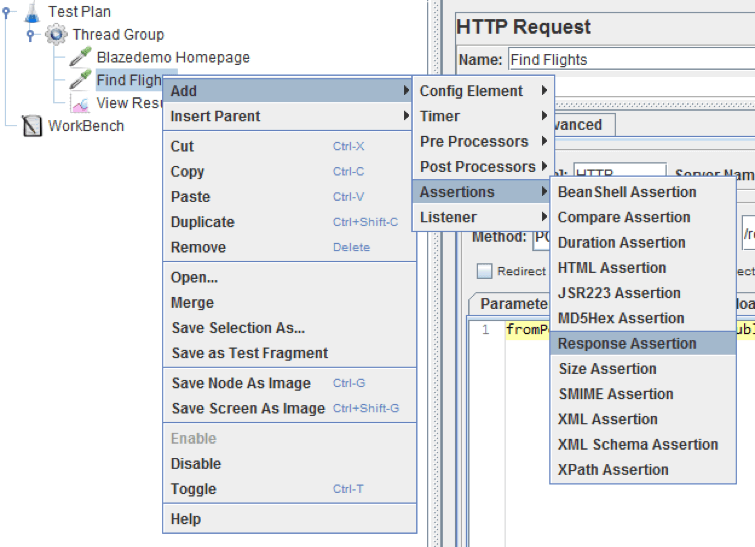 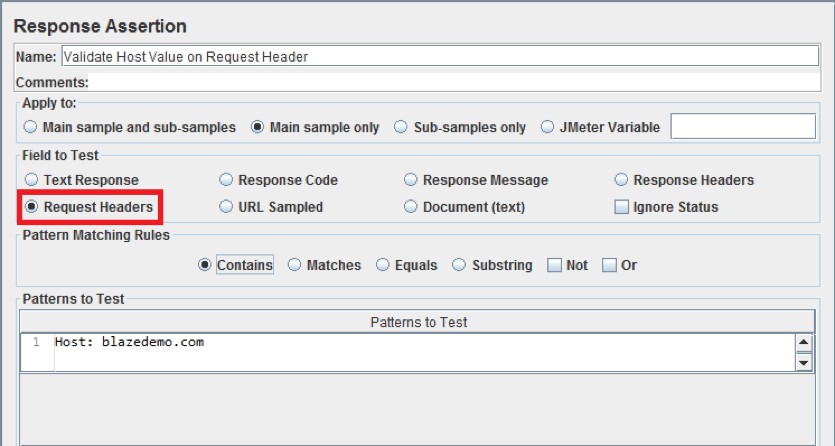 6.  After running the test, you can validate the test passed, because the Request Header contains Host: blazedemo.com

In the same way we can validate other Request Headers values. This will give us more information about why a request might be failing.

2. Assert Multiple Responses with the “Or” Matching Rule

In previous JMeter versions, if you had to validate a request response that had more than one valid response, you probably had to add more than one Response Assertion element. You also had to add logical controllers that instructed JMeter to use

Now with JMeter 3.2 you can use one single Response Assertion element. You can add as many "Patterns to Test" as you want, and then just select the “Or” Pattern Matching Rule to tell JMeter to mark the request as successful if either of the assertions succeed. This is a great feature and we are glad that Apache JMeter™ introduced this improvement in their last release.

To test this improvement, we will continue working with the previous script. Now, we want to add a validation that will be marked as successful if there are flights available from either Virgin America or United Airlines.

7. To do so, simply add a new Response Assertion element, check the “Or” option and add both Virgin America and United Airlines above the Patterns to Test section.

With this configuration, the test will be marked as passed if there are flights available from either of the two airlines, and with only one assertion. 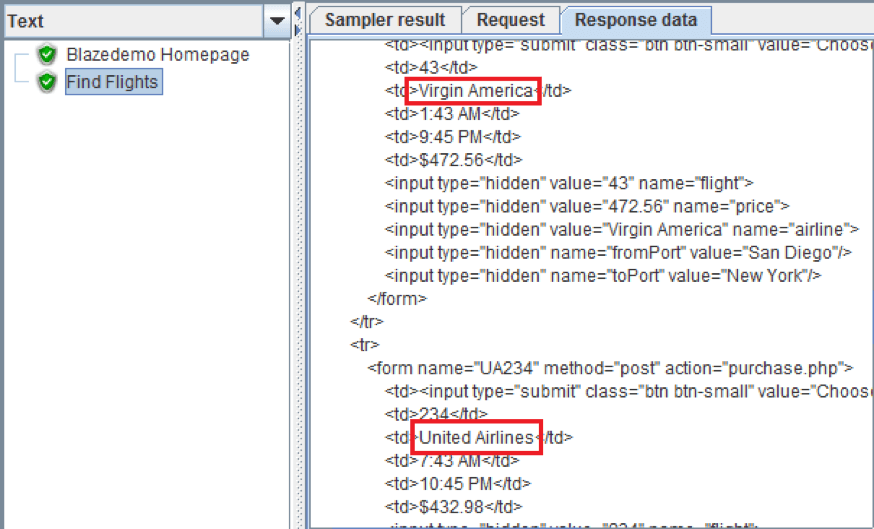 3. Cell Renderer Has an Improved Layout

The Cell renderer of Patterns to Test has also been improved. The new layout is tidier and the lines are numbered. This is really helpful when you have long text validations.

This improvement is pretty useful when you need to validate the response structure, i.e: HTML or JSON.