Today, I want to share how I use one of my favorite plugins to record a JMeter script and edit it without  opening it in a JMeter console and by using ONLY a browser!

Most of the time, when doing performance testing, you want to simulate a certain scenario by recording user actions and running the recorded script to simulate a load on a website or app.  This usually requires some complicated steps, like setting up a JMeter proxy, editing the script, debugging it, uploading it to a cloud environment, or running from the JMeter console.
Wouldn’t it be awesome to consolidate all these steps to just RECORD.EDIT.RUN. without ever opening the JMeter console?
POOF. BlazeMeter has granted your wish.
I’ll show you how I record and run a test with a high concurrency level, setting a script up in less than 5 minutes. Don't believe me? Scroll down to watch the magic unfold before your eyes :)

Step 1. Use the BlazeMeter Chrome Extension to Record.Edit.Run. your Script 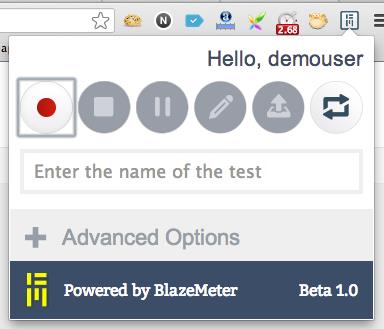 To get the best recording, I recommend closing any unnecessary tabs.
I can also narrow down my recording to specific domains or URL patterns by using a RegEx filter that can be found under advanced properties. 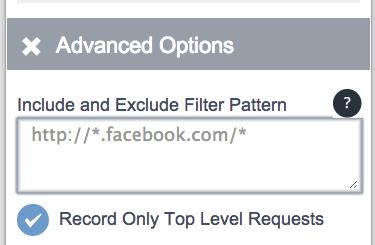 Once you start recording, you can browse anywhere and emulate a user traversing through the scenario steps. Once you are done, just stop the recording by pressing the stop button. Then name the test and press the upload button to upload the test into your BlazeMeter account.

Now, you can adjust the test configuration. You can set the load concurrency level, the ramp up time and select the load geographical origin. 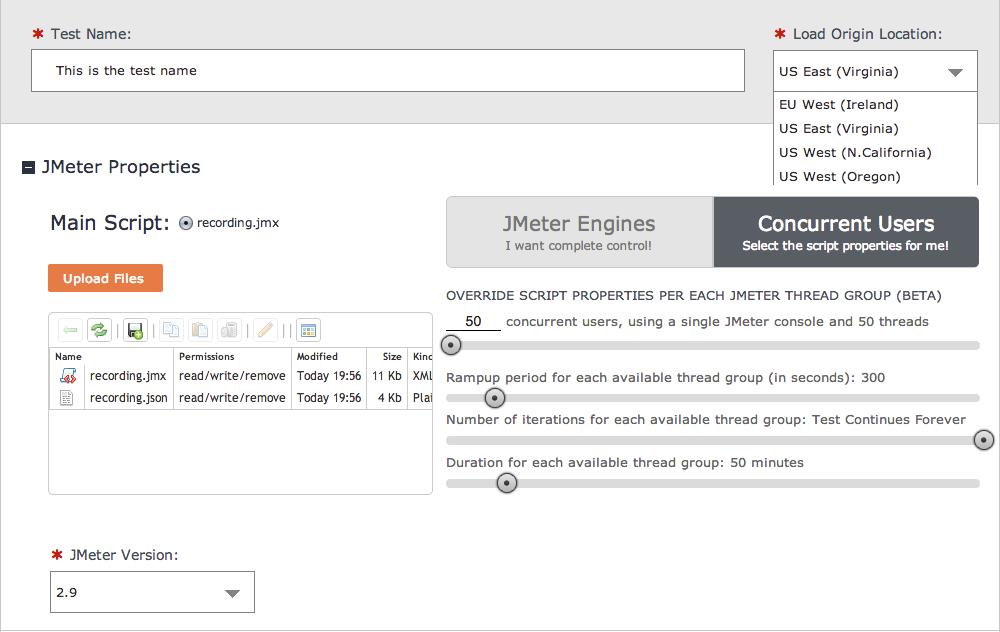 That’s it, you are ready to run a high concurrency load test. Just select the number of concurrent users, save and go.
But wait, let’s say you actually want to edit the script and maybe remove some transactions, add or change them. Well, no worries. All you need to do is press the edit button before you upload.

You will see a JSON structure that you can edit as you see fit. 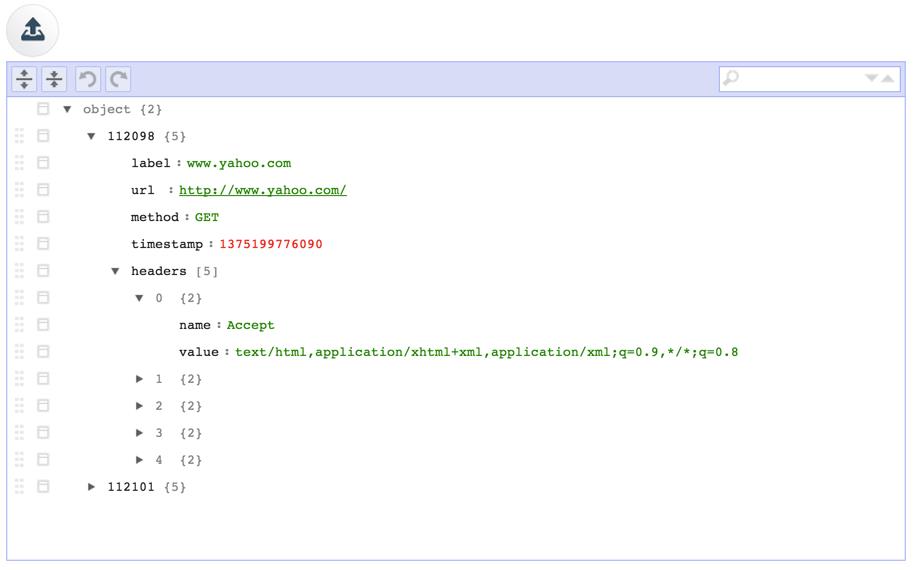 You can edit, move, duplicate, delete or add new entries, that once uploaded, will go into your JMeter script. Don’t forget to press the upload button to upload.
Once your script is ready and uploaded, your test configuration is set, and you can run and see the in-depth reports that show how capable and brilliant your system is. 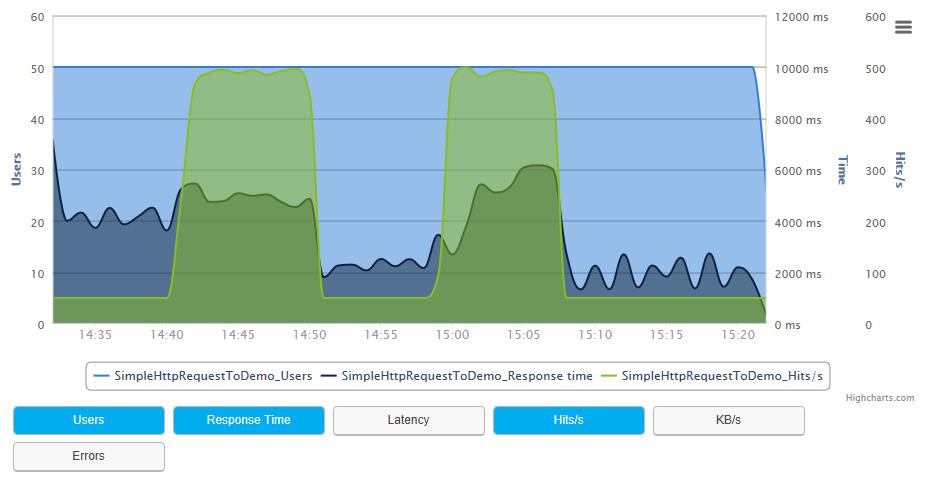 Step 2. Use BlazeMeter's Plugin to JMeter

Once the BlazeMeter listener is configured, I select the recently created test and press the edit button.

That’s it. Seriously. Now, I can edit the script within the JMeter console. Any changes made will reflect in the script that resides in the cloud and I can run or edit it at any time.