In the majority of different resources about performance testing, the selection of the right listener for the test is very important thing because each listener takes varying amounts of system memory. This is an especially interesting bit of information.  We decided to test several listeners to determine the exact amount of memory that each of them takes.

To exclude the influence of the pagefile from the test it's been switched off during testing.
For testing listeners I chose the test plan from below: 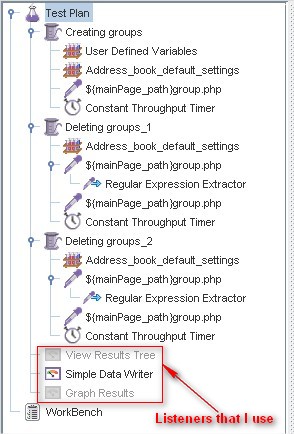 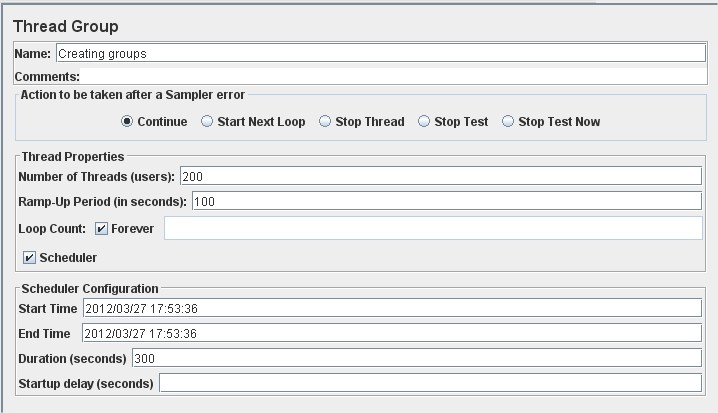 Determine the maximum amount of memory to be used during testing with each listener.
It will take about 30 minutes to run all scenarios. After that, we placed the results in the table below.

As you can see, Graph Results Listener and View Results Tree are very greedy. They took an enormous amount of memory in comparison with the Simple Data writer which stores all results in *.jtl without drawing anything at GUI. 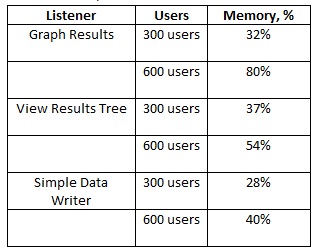 Use graphic listeners only during debugging of a test plan and disable them for any hard launch with a huge amount of users.