Keith Puzey
Keith has worked in the IT industry for over 30 years and has worked on Broadcom's DevOps products for over 5 years focusing on Test data management and Continuous testing products.

What do we mean by 360 Degree API Testing and Monitoring?

Historically, testing would take place only at the GUI level, and only at the end of the development process. When a developer would finish their work they would hand it off to the QA team. The engineers had limited time so they would test the code at the highest level - the GUI. This would cover both the frontend and backend development.

In the age of Agile, testing must take place at a lower level, i.e at the API level. Developers can even do it themselves. API testing, because of “API contracts” can even be created before development is complete. This means developers can validate their code based on pre-written tests (aka Test Driven Development).

Continuous testing means testing our API’s both pre-production, and post production (shift right testing). Testing doesn’t stop once we hit production. An API going down can have a dramatic effect on your site and its functionality, so real continuous testing has to include API Monitoring.

360 API Testing and Monitoring with BlazeMeter 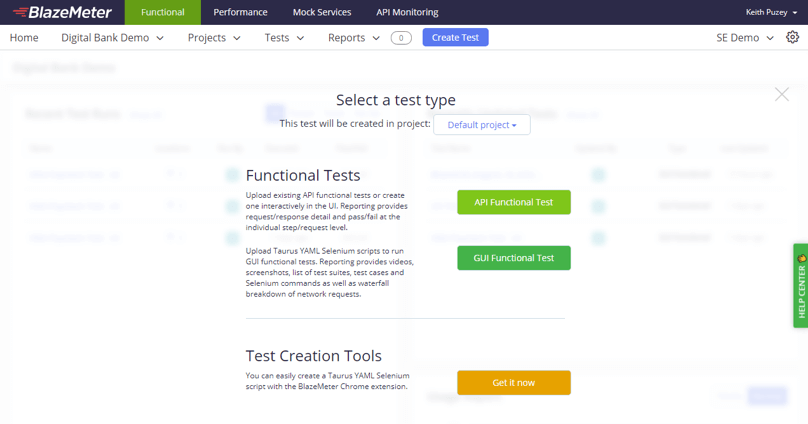 1. you can simply create it within the UI

2. Toggle to add your own script in Taurus 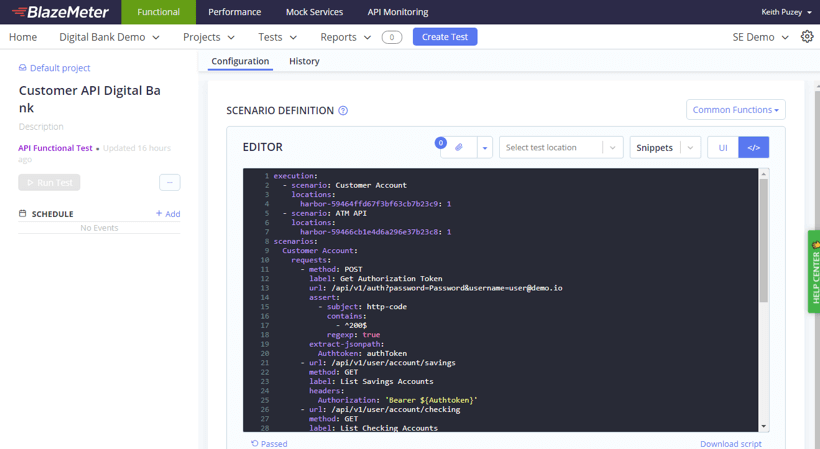 3. Or you can import from file types like JMeter and Swagger 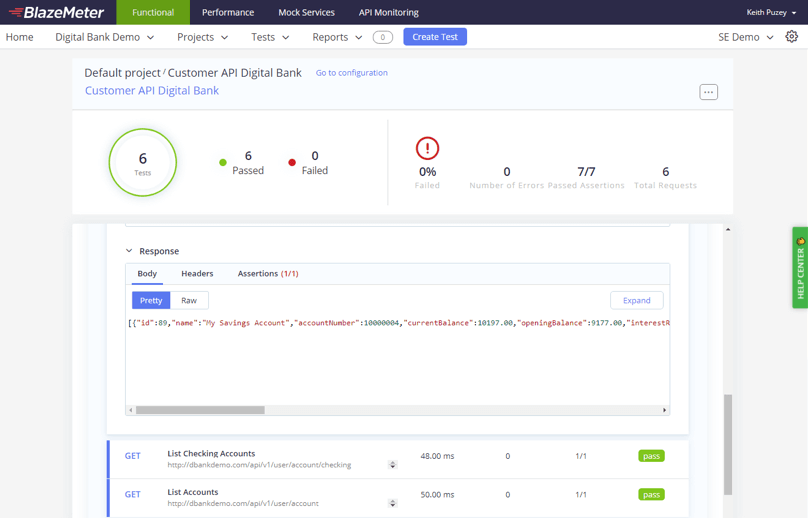 Having an API down can be devastating to your business. We need to be able to understand not only “Is the API down” but also, is the vendor sticking to the SLA they supplied to us.

We don’t always have access to the 3rd party infrastructure, so we need a way to be alerted if that third party API is no longer available. 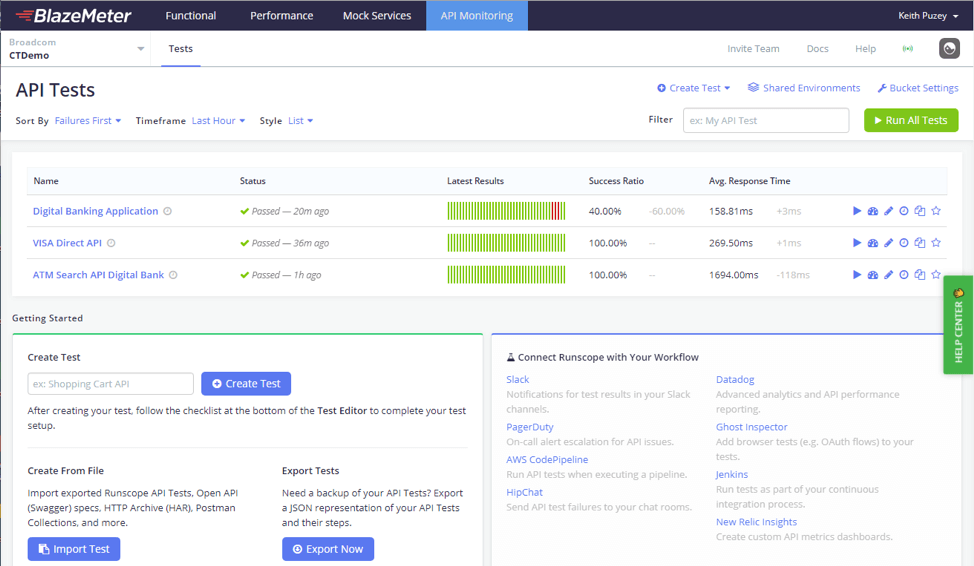 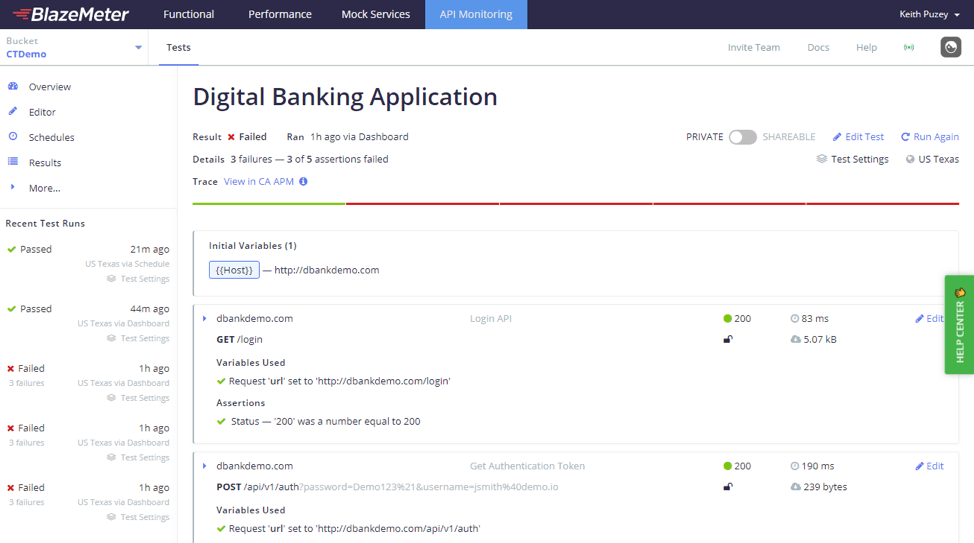 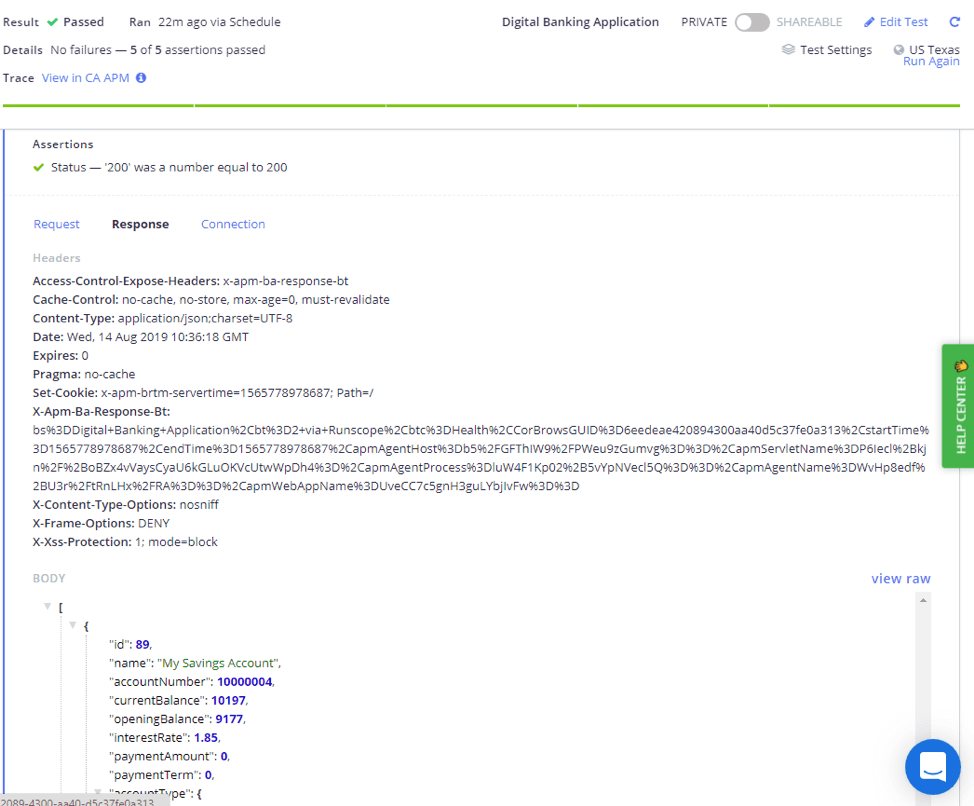 BlazeMeter’s API Monitoring feature provides access to enterprise level reporting, so that you can continuously monitor and track and multiple reports, that can then easily be shared with other users in your workspace. 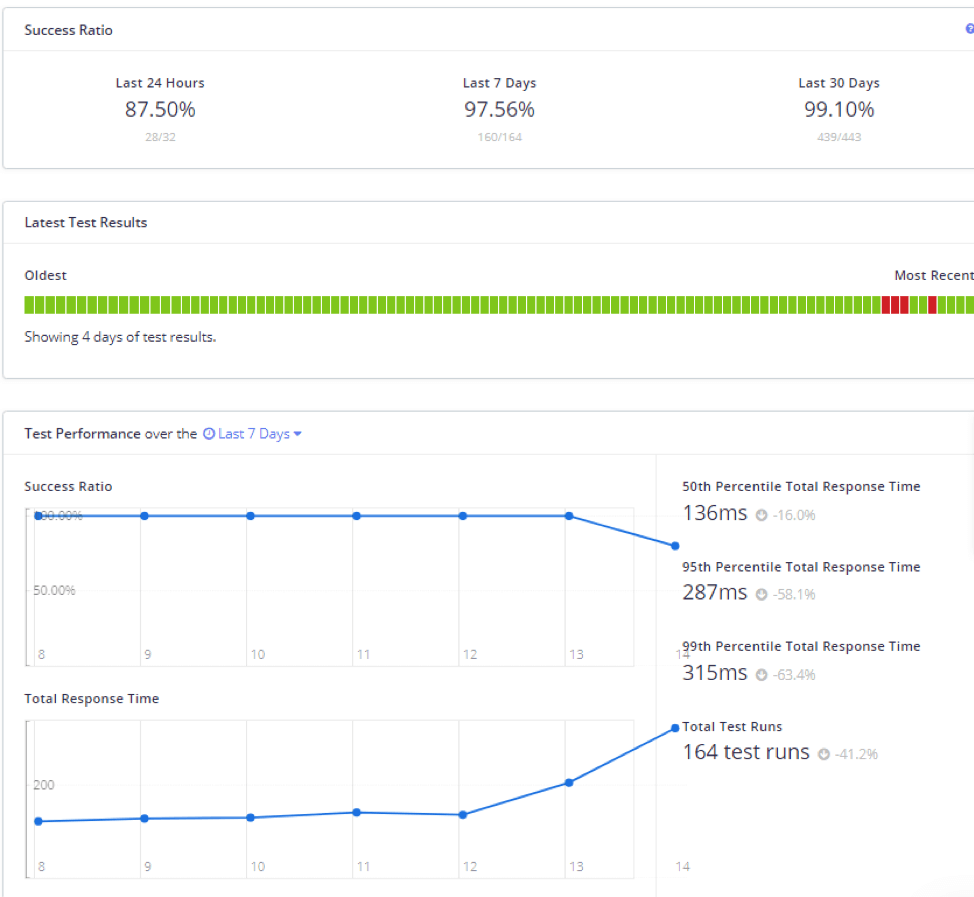 To get started with 360 degree API Testing and Monitoring with BlazeMeter, go to www.blazemeter.com to sign up for a free account.

You can also sign up for our webinar here that covers all the new features of the BlazeMeter Continuous Testing platform.