BlazeMeter today announced the release of its Google Chrome extension as the newest addition to their performance testing platform for developers.  BlazeMeter’s Chrome extension allows users to record all browser activity directly from their browser without the need for any additional software.

BlazeMeter’s Chrome extension records all of the HTTP/S requests made through the user’s browser, creates a JMeter script and automatically uploads it to BlazeMeter’s platform. There, the script can be executed with a single click or users can opt to download the generated JMeter script (.jmx file) locally.

Using basic commands like start, stop, pause, edit or upload, users can easily record any HTTP/S requests recorded by the browser as well as offering advanced filtering options, like allowing filter requests based on regular expressions.

Users can also edit the requests the browser will include or download the generated script and use JMeter locally - all via the Chrome extension. Users do not have to install JMeter or any other software in order to record and run a performance test.

“The idea behind the extension is to replace the need to use a proxy and to allow users to simply record or edit and run simple scenarios without having to install JMeter.”

“By using the BlazeMeter Chrome extension the script is created instantly from your actions in the browser.  Testers can be assured that the script is accurate and reliable in the context of their test design; which in turn maximizes the credibility of the test results,” said Mark Tomlinson, independent performance engineer and host of the popular performance testing podcast PerfBytes. “Combining the BlazeMeter Recording Extension together with the default Waterfall Sampler on BlazeMeter’s reporting dashboard, I can respond in less than 30 minutes with meaningful insights and first steps to improving an application's performance.”

﻿You can get BlazeMeter’s Google Chrome Plugin directly from the Chrome Web Store. 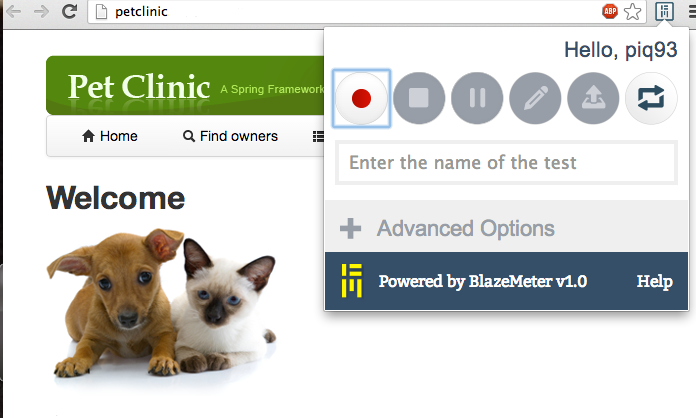