BlazeMeter, provider of the Apache JMeter™ compatible load testing platform for developers, today announced it has been named a 2013 Emerging Technology vendor by UBM Tech Channel’s CRN Magazine. The annual list highlights hot tech startups making an impact on the channel and an impression on the tech industry as a whole. These up-and-coming technology vendors have recently introduced a new product or technology that is not only innovative, but generates the high margins solution providers required in today’s competitive marketplace. Like other top emerging vendors on CRN’s list, BlazeMeter is recognized for being both an innovative cloud service provider, and for generating a comprehensive, cross-platform load testing solution required in today's competitive marketplace.

BlazeMeter’s enterprise performance and load testing platform helps developers find and fix bottlenecks on websites, mobile sites and apps and enables devops to perform real-world capacity planning. BlazeMeter’s platform simulates browser traffic that originates from the public cloud or from inside your own firewall and enables developers to better assess the realistic load capacity that their websites, mobile sites or applications can handle.

During a load test, a dedicated cluster of load engines is launched from any of BlazeMeter’s 11 global public cloud locations or from behind the firewall using BlazeMeter’s on-premise load agents. During the load, real time KPIs present themselves on the report dashboard, allowing users to quickly assess system performance and run numerous iterations, allowing users to locate bugs and bottlenecks, fix and re-test time and time again.

“Any technology vendor can claim to offer innovative products and groundbreaking technology, but only a select group can truly impact the marketplace with their offerings,” said Robert Faletra, CEO, UBM Tech Channel. “The companies named to the 2013 Emerging Vendor list offer solutions that deliver as promised while creating the high margins that solution providers demand. We congratulate all the vendors for their commitment to delivering technological innovations that map to the needs of the dynamic channel market.”

“BlazeMeter is proud to be included on CRN’s coveted Emerging Technology List for a second consecutive year,” said Alon Girmonsky, Founder & CEO of BlazeMeter. “As the performance and load testing industry continues its expansion, we will continue to provide the most comprehensive combination of tools for the development and performance testing of websites, mobile sites and apps. We are at the vanguard of this process, constantly creating solutions that keep up with the latest customer and channel needs." 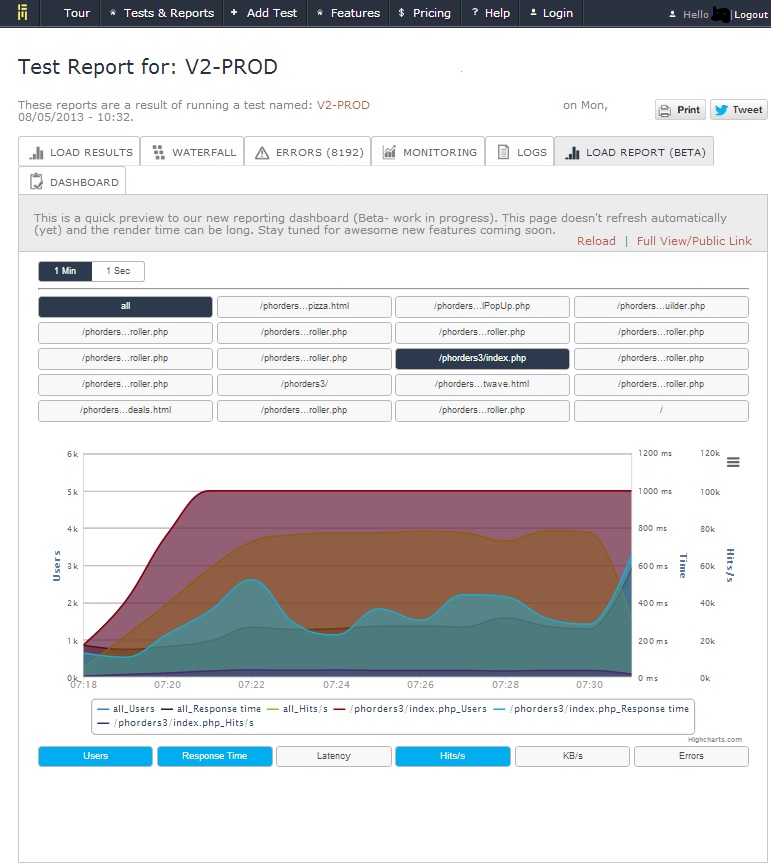 The vendors that make up the CRN Emerging Technology Vendor list were founded in 2007 or later, and have revenue under $1 billion. To view the list and read the editorial accompaniment visit www.CRN.com starting August 12. The list is also featured in CRN magazine.

UBM Tech Channel, a UBM company, is the premier provider of IT channel-focused events, media, research, consulting, and sales and marketing services. With more than 30 years of experience and engagement, UBM Tech Channel has the unmatched channel expertise to execute integrated solutions for technology executives, managing partner recruitment, enablement and go-to-market strategy in order to accelerate technology sales. To learn more about UBM Tech Channel, visit us at http://www.ubmchannel.com. Follow us on Twitter at http://twitter.com/UBMTechChannel.

UBM llc is a leading global business media company. We inform markets and bring the world's buyers and sellers together at events, online, in print and provide them with the information they need to do business successfully. We focus on serving professional commercial communities, from doctors to game developers, from journalists to jewellery traders, from farmers to pharmacists around the world. Our 6,000 staff in more than 30 countries are organised into specialist teams that serve these communities, helping them to do business and their markets to work effectively and efficiently. For more information, visit www.ubm.com.