BlazeMeter’s load testing platform enables developers to proactively fix performance issues related to loads before they occur and cause a degraded user experience. BlazeMeter generates accurate and highly realistic load that quickly surfaces any performance related problem in BlazeMeter’s self-service and secure load testing cloud. By injecting synthetic loads up to hundreds of thousands of simulated browser users through the veins of the application, performance related problems can be diagnosed in a matter of minutes and on demand.

"By partnering with BlazeMeter, we are bringing our leading solutions together in a way that makes it easier than ever to identify and fix application performance issues in test environments," said Bill Lapcevic, New Relic’s vice-president of business development. "New Relic data and analysis reveals what is happening inside the app environment through end-user performance and error analysis and overlaying it on BlazeMeter load bearing results, all in a single dashboard. Now users can analyze how much traffic their app can really handle." 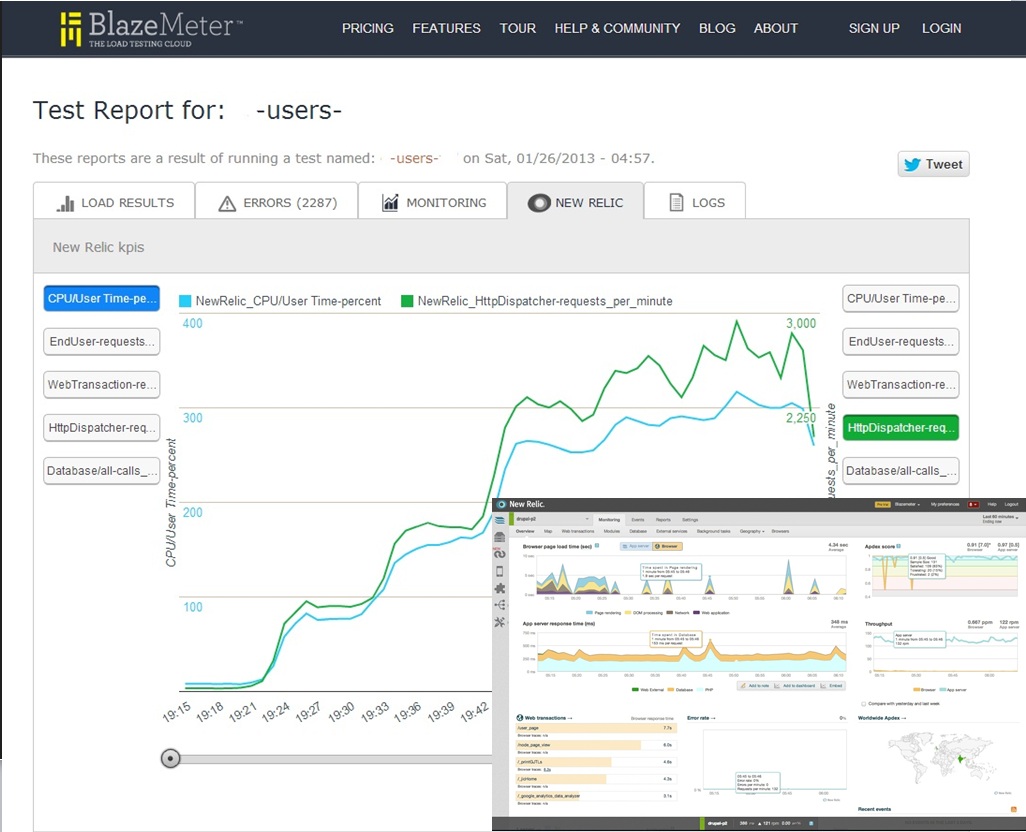 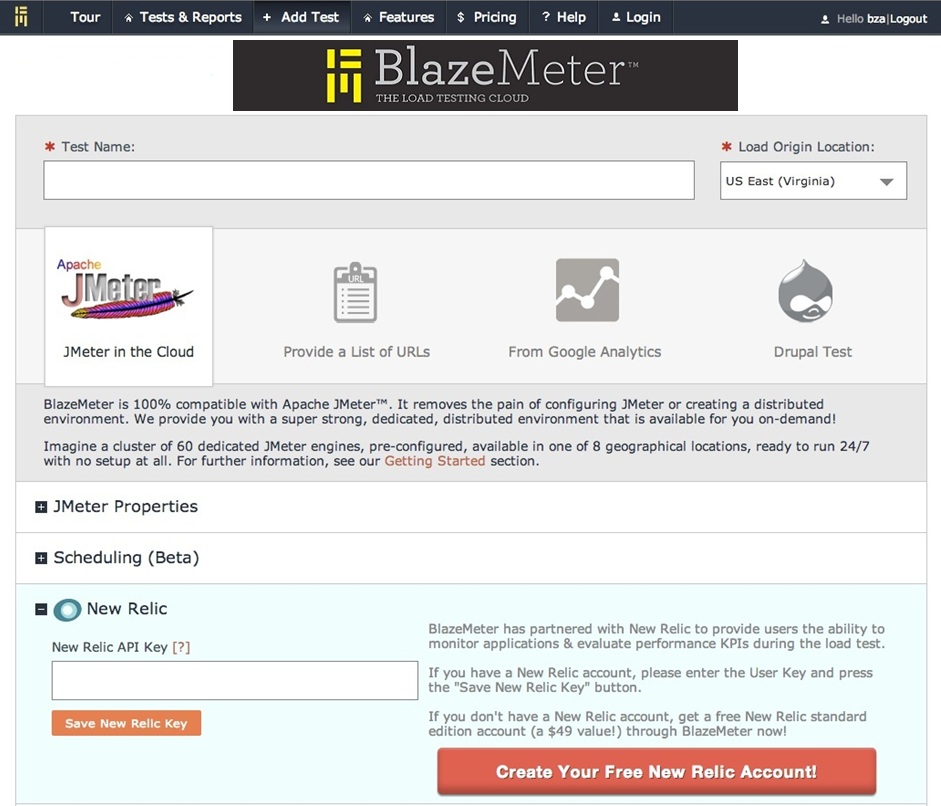 Getting started with BlazeMeter is simple. Read: How to Use BlazeMeter with New Relic to learn more. Time to test is less than five minutes.
Read more here.